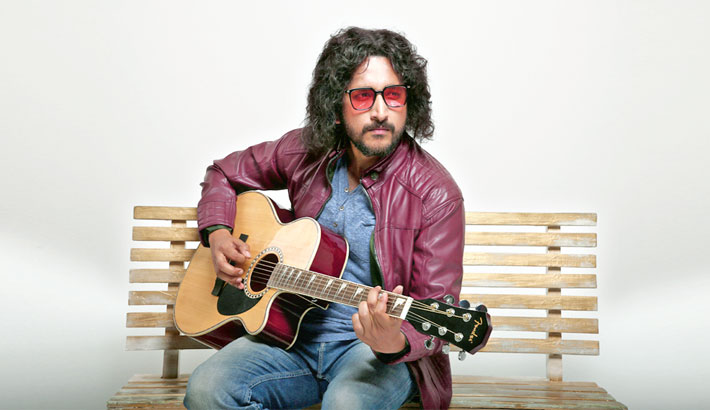 Government-funded Movie Azab Karkhana’s shooting has been started. This film is directed by Sabnam Ferdoushi. West Bengal’s popular actor Parambrata Chatterjee is the main lead of this movie and audience will get to see him as a Rockstar.

Along with Parambrata Model Sadia Shabnaz Emi and Doyeel will be seen in the other two main lead.

The shooting began on March 15 and shot in Mymensing, Dhaka and Kustia’s different locations.

Speaking about his preparation for Azab Karkhana director Sabnam Ferdoushi said, “Every director has their own different interpretation of a particular story.

This movie is one of my experiences that I have seen. It’s like finding or discovers something factual. What is genuine art or artist? Audience will find this answer through my journey of this film.”

Sabnam also said about the main lead Parambrata who has portrayed a Rockstar character. “Parambrata is a very cooperative with the team. He never felt us he is a big star. He is very honest about his work. Day by day he became a Rockstar for this film that’s I really cherished”, she stated.

Producer of this film Samia Zaman said, “To be honest Azab Karkhana is my biggest challenge ever. I am a bit tensed, but I absolutely loved dealing with this challenge. Parambrata is very popular in west Bengal and also in Bangladesh no doubt. He is working in a new character and he is very honest to adapt it. His emotion for work and professionalism amused me,” she added.

The plot of this story is about a Rockstar and his bond up with Folk song. Folk singers from different remote area of Bangladesh also played their own characters in this film.