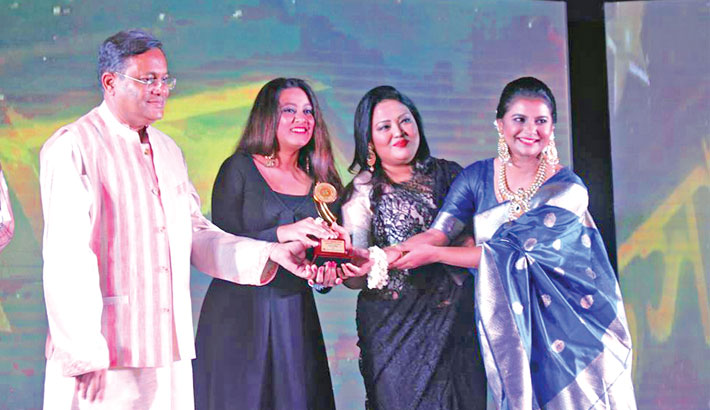 Bangladesh Film Journalist Association Award-BACHSAS awards ceremony (year of 2014 to 2018) was held in the capital on Friday.

The film Devi, based on Humayun Ahmed’s novel in same name, directed by Anam Biswas won the maximum awards for 2018.

This event also celebrated its (BACHSAS) golden Jubilee at the auditorium of Bangladesh Film Archive Bhaban in the capital’s Agargaon area.

Information Minister Hasan Mahmud was the chief guest of this event.

The winners of the BACHSAS Awards 2018 at a glance