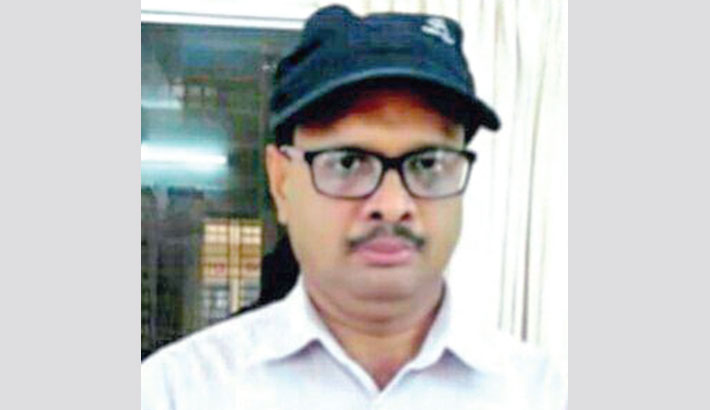 Syed Akmal Hossain of Alhaj Aminuddin High School in Madaripur Sadar has been selected as the best headmaster in Dhaka division this year.

The selection of the best headmaster  came after observation of his contributory services in different educational categories laid out during the National Education Week 2019 held on March 30 and 31 in Dhaka division.

The Education Ministry’s Secondary and Higher Education Division arranged the event as every year it does to recognise the contribution of teachers in different educational institutions.

Earlier, Syed Akmal was also selected as the best headmaster in Madaripur sadar upazila and district levels in 2017.

Meanwhile, Alhaj Aminuddin High School was also elected as the best school among the government and non-government schools in Madaripur Sadar upazila in 2019.

Syed Akmal Hossain joined the school as the headmaster on July 30, 2015.

The educationist started his teaching profession in 2003 as an assistant teacher at Mithapur LN High School where he was promoted to be an assistant headmaster in 2014.

He is the author of a popular Bangla Grammar which was included into the curricula of class VI to X at educational institutions in different districts.

The dedicated teacher had his master’s degree with honours in political science and master’s in Bangla. He is involved in various social and cultural activities in Madaripur.