GM Quader to act as JP chairman in absence of Ershad 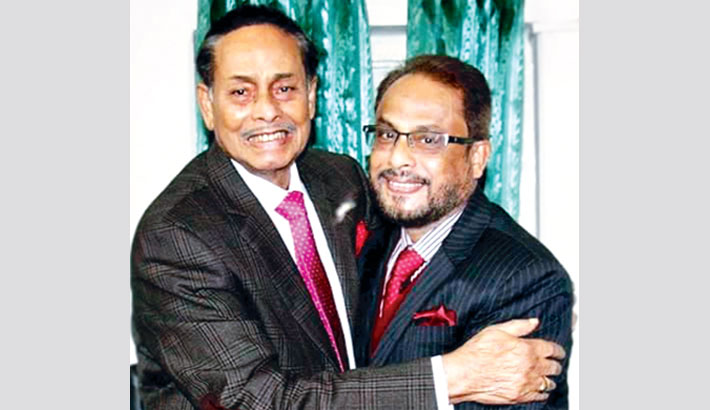 “I would like to inform Jatiya Party leaders, activists, supporters, well-wishers and all concerned that co-chairman GM Quader will act as chairman of the party in my absence or while I stay abroad for treatment,” Ershad said in an organisational order issued on Saturday.

On Thursday, Ershad reinstated his younger brother GM Quader, also a presidium member as the co-chairman of the party. He said the order will be effective from April 4.

On March 22, Ershad, also Leader of the Opposition in Parliament, removed Quader from the post of co-chairman of the party for his failure what he said in discharging the duties and responsibilities and creating division in the party.

Jatiya Party senior co-chairperson Raushan Ershad was the Leader of the Opposition in Parliament during immediate past parliament.

Ahead of December 30 general election, Quader, also younger brother of Ershad, discharged the duty and responsibility of the acting chairman of the party.

On January 16 this year, Ershad appointed GM Quader as party chairman in his absence in line with section 20/1/Ka of the constitution of Jatiya Party.