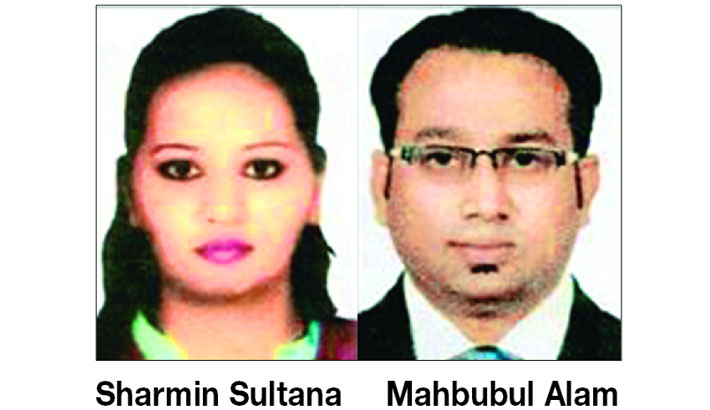 Owners of Trust Purbachal City, an unauthorised real estate project located at Rupganj under Narayanganj, continue to cheat people in the name of selling residential plots amid the silence of the authorities concerned.

About 700 people have already been cheated by the so-called realtor, Trust Technology and Holdings Ltd, which sold 300 bighas of land going far beyond its ownership of only nine bighas, sources said.

The company has collected several hundred taka from land purchasers by attracting them through banners, signboards, newspaper advertisements and commercials.

Several purchasers alleged that they are neither getting plots nor are they getting back money from the company.

Sources said although Trust Purbachal City owns only nine bighas of land, it sold 3,000 plots, which will require over 300 bighas, to the customers.

Hundreds of people have lost their hard-earned money to the unauthorised real estate developer, they said.

Trust Purbachal City continues to operate despite RAJUK’S ban on sale of plots, publication and airing of its advertisements and commercials and other business activities.

There are allegations that the owners of the project have grabbed vast areas of land owned by local people and farmers and created a reign of terror with the help of their hired goons.

RAJUK officials said they will investigate the allegations against Trust Technology and Holdings Ltd and take necessary action.

According to the documents, Sharmin Sultana Lipi is the chairman of the company while Mahbubul Alam is its managing director.

Sources said Trust Technology and Holdings Ltd was founded in 2012 and started sale of plots in 2015.

They said hundreds of people gave their hard-earned money to the company being attracted to its cheap rate — Tk 10 lakh (1 million) per katha.

The sources said over 300 bighas of land are needed to accommodate the plots the company has already sold and the infrastructures and amenities, including educational institutions, hospitals, playgrounds, mosques, shopping malls and a lake, it has projected.

But the company owns only nine bighas of land so far. An investigation shows that local broker Belayet Hossain helped the company in grabbing the lands. It even resorted to deeds signed by people who are not real owners to grab the lands.

Belayet took permission from many farmers to erect billboards of the housing project on their lands in exchange for rent. Later, the company sold such the lands to customers.

At least 136 farmers alleged that the company erected signboards over 100 bighas of their lands. Besides, the company has filled in and developed lands on coercion, owners claimed.

The company is in illegal possession of 22 decimals of Iman Khan, 12 decimals of Fazlul Huq Khan and 26 decimals of Mozammal Hossain and Harunur Rashid each in Roghurampur mouja.

In retaliation, the housing company filed a case against Mazharul Islam Ratan, one of the complainants. Its armed goons are allegedly intimidating his brother Murad Hasan Shipon.

Panic-stricken people have sought government’s intervention to escape the land grabbing by the unauthorised housing company.

Many land purchasers sued the company owners for not handing over the possession of plots to them.

Acting on complaints by affected people, RAJUK, on July 12, 2017, issued an order asking the company to shut its project. A copy of the order, signed by RAJUK Secretary Susanta Chakma, was sent to Anti-Corruption Commission for necessary action.

But the company is going ahead with the illegal project not giving a damn to Rajuk’s order.

Admitting his guilt, Mahbubul Alam, managing director of the company, said some irregularities and mistakes are integral part of any big project.

He said over 700 plots of the project have been sold and 25 of them handed over to the clients.

“People of the project site are fickle-minded and cunning. The allegations they have made are fabricated and ill-motivated,” he said.

About goons, he said company owners have to engage some people to look after the project. “They are my staff, not goons,” he added.

“I request people not to be trapped and cheated. We’ll take steps to remove signboards of the company,” he said.