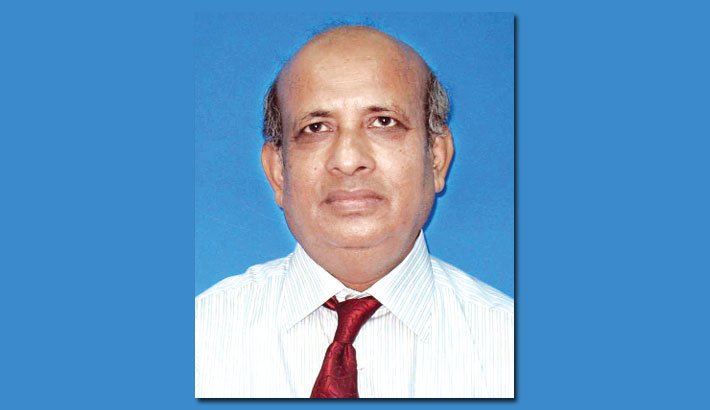 In assessing the global demographic situation, it is essential to provide a chronological background of it from the beginning of history to 1800, when the population of the earth started to increase consistently at a higher rate. We have statistical evidences on world demographic growth which clearly shows that in 1830 the total number of world population was 1 billion, and it took only 100 years to make this number double by increasing it to 2 billion in 1930. But, subsequently, within only 30 years, in 1960, the cumulative growth of population stood at 3 billion worldwide. This progressive increase of population continued to grow when it took only 15 years, by 1975, to increase to 4 billion.

It becomes clear from the above equation that within a period of 45 years, ranging from 1930 to 1975, the population of the world simply doubled. Continuing with this trend, within another 12 years, global population reached to 5 billion in 1987. Keeping to the same rate of increase, the world population reached 6.8 billion in 2009. An average of approximately 82 million people have added every year since 1930, instigating the social scientists and demographers during the 1950s and 1960s  to use the expression “world population explosion” to describe  this abnormal phenomenon. According to a prediction by the Population Reference Bureau in 2009, world population is estimated to reach to 9.1 billion in the year 2050. Most of this increased population every year is actually coming from the poor and underdeveloped countries, where demographic pressure and poverty go together. Now the question arises as to why the population of the underdeveloped nations are increasing so rapidly compared to the developed nations.

The present growth rate of population at 1.8 per cent does not apply to people living in rural areas but to those living in urban slums and low-cost areas. Although the overall population growth throughout the world as well as in many developing countries had decreased considerably during the recent past, however, this trend of slower growth has not been effective for many poor and underdeveloped countries. In fact, most of these countries have already been overburdened with excessive population pressure and concurrent economic poverty. For example, being one of the poorest countries in the world, Bangladesh has a total population of 153 million who live in an area of 147,570 sq. km. It remains the most densely populated country in the world, having a tremendous pressure on land and settlement.

Worldwide statistics clearly show that 80 per cent of the total population of the planet comes from lower-income countries of Asia and Africa, and the growth rate of these countries is also comparatively higher than that of the developed nations. It was found that the rate of population growth in the global context was 2.4 per cent in 1960, which reduced to 1.8% in 1999. Most of the poor countries still have features of high birth rate compared to declining death rate. The richest countries of Europe, the United States and Canada have a growth rate of less than 1 per cent while growth rate in the African countries still continues at 2.4 per cent. We know that world population is increasing at the rate of 1.2 per cent, yet the doubling time of population for many underdeveloped nations is estimated to take 25 to 37 years. In the year 1930, Bangladesh had a population of 35.5 million. It reached 153.5 million in 2008, despite the fact that the country has succeeded enormously in reducing its birth rate. Our beloved Father of the Nation, Bangabandhu Sheikh Mujibur Rahman, at certain time was very much terrified about the insurmountable demographic pressure of his country, for which, in one of his lectures in 1972, he expressed his great concern over it and warned us that if we are not careful, our population might reach to 150 million in future creating enormous problems in terms of our food and nutrition. Now, we have already crossed that limit creating an unsustainable environment for us. This situation is however, not applicable to Bangladesh alone; it is perceptibly true for many Third World nations of the world. It is believed that many of these Third world underdeveloped countries of Asia and Africa will face immense problems in terms of managing their food and nutrition intake.

When the global population continues to increase at an abnormally high rate, it is obvious that there would be demand for more food for the survival of these people. . To feed such a large population, we would be left with only two alternatives: (i) to bring more and more uncultivable land, forest and hills under cultivation which would effectually reduce our unused land resources at a faster rate; (ii) to increase our food productivity by cultivating the same plot of land repeatedly through a massive use of chemical fertilizers, pesticides, herbicides and underground water by employing deep tube wells and shallow tube wells, putting a tremendous pressure on the ground water table.

Global population had reached 6.8 billion in 2009. Demographers estimate that this number is likely to reach 9 billion in 2050, with an increase of 47% over this period. Research also shows that this increase of population will mostly occur in the Asian and African countries, thereby putting a large number of Third World nations of these continents under tremendous environmental pressure; food crises and economic sufferings for them will be tremendous in the coming years. In a recent report, it has been mentioned that due to desertification, cropland loss, water scarcity and resource depletion, food production throughout the world could be as much as 25% less than the expected demand for it by the year 2050. In a recent report estimate that the demand for food is expected to increase by 60% by 2050. The reason for this is the population growth. There are multifarious effects of this population growth and the most important victim of it is the agriculture sector which has to take the direct load of it in different ways. Since land is the principal source of food production, it is affected by population pressure which is absolutely true for Bangladesh.

Many of us often unrealistically get inspired by seeing the agricultural growth supported by high technology, which according to them is always effective in reducing hunger and malnutrition. Despite the increase of food production through the technification of agricultural, we must also think about the catastrophic destruction of our valuable land. We never think about the destruction of land fertility and damage of the soil which occur due to overuse of chemical fertilizers and modern forms of extensive irrigation. To end this discussion, I would conclude by saying that if we want a better life free from diseases and having proper access to food and nutrition, we have to keep our population size at an optimum level. To aware everyone, it has to be admitted that Bangladesh has already crossed that level.

The writer is an internationally reputed educationist and researcher; presently, serving as Professor of Anthropology at Jagannath University, Bangladesh. He is the former Vice Chancellor of Comilla University and also a Former Member of Bangladesh University Grants Commission.