‘Bangladesh Will Never Get Another Hasina’ 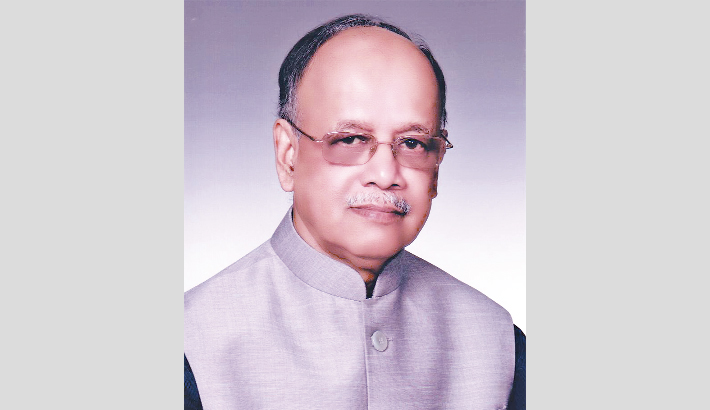 Devadeep Purohit who studied Management in the prestigious Indian School of Management in Calcutta and Economics in Delhi School of Economics concluded one of his regular contributions to the Daily Telegraph of India on 3 April, 2019,   titled ‘Sheikh Hasina is signalling a transition of leadership’, ‘But only Hasina can achieve these feats as Bangladesh will never get another Hasina.’ Devadeep discussed in his commentary the induction of young blood in Sheikh Hasina’s cabinet, what it means for the future of Bangladesh, her desire to retire from active politics, her achievements during the last two terms, and a wish list of his expectations from Sheikh Hasina during her present term, including an end to corruption, cronyism and income inequality, increased credibility of institutions and their independence, and tackling the challenge of creating jobs for a constantly growing young population and transferring workers from low to high productivity sectors. Devadeep wrote, ‘If Hasina wants to cement her legacy – like her father, Mujibur Rahman, who led the country’s freedom struggle – she has to address some of these issues that need stern measures.’ ‘Bangladesh is in dire need of reforms – both economic and administrative – as it has moved from being a “low income” to a “middle-income” country’, continued Devadeep. He put his trust and faith in Sheikh Hasina to take Bangladesh to the next stage of development and said it was only she who was capable of transforming the wish list to reality.

This is not the first time that the international press and community have praised Sheikh Hasina for her leadership in transforming Bangladesh into a country of hope. Even conservative international media like the Economist, New York Times, Wall Street Journal, The Beast, and Huffington Post as well as international institutions such as the United Nations, World Bank, Asian Development Bank and World Economic Forum have generously praised Bangladesh’s current Prime Minister’s efforts in raising the quality of life of the people of this country during her three stints as Prime Minister. They were also, like Devadeep Purohit, very open while criticising the corruption, cronyism, political instability that have held back the country from realising it huge economic and political potentials.

Perhaps it is a coincidence that on the day following Devadeep Purohit’s commentary the World Bank and the Asian Developing Bank released their versions of Bangladesh’s current economic status and where it is heading in the days to come. On 4 April the World Bank while releasing the country report, ‘The Bangladesh Development Update 2019’ wrote ‘The Bangladesh economy continues to be among the fastest growing economies in the world, thanks to stable macro and export-oriented industry-led growth….to sustain growth, the country needs continuity in priority reform areas: the financial  sector, fiscal, infrastructure, human capital and business regulation….Sound macroeconomic policies, such as keeping the budget deficit below 5 per cent of GDP, and resilient domestic demand have led to growth  in manufacturing and construction industries on the supply side. On the demand side, growth is led by private consumption and exports. After a modest performance last year, export earnings and remittances have bounced back helping the rural economy grow faster. In addition the country has substantially improved its electricity generation and bumper agriculture harvest further stimulated growth.’

The World Bank not only generously praised the economic performance of Bangladesh under the current government but was also critical of the lack of regulatory predictability and rise of non-performing loans. The World Bank also prescribed that maintaining the pace of development reforms in the banking sector and tax structure is imperative besides increasing the efficiency of the current infrastructure and focusing on skill building. The World Bank concluded that currently  Bangladesh  is one of the five fastest growing economies in the world, along with Ethiopia, Rwanda, Bhutan and India and in terms of GDP growth rate it has left behind India, Pakistan, China, Thailand, Malaysia and  Vietnam according to ADB,  a feat which is praiseworthy.

On 3 April, the country director of the Asian Development Bank (ADB),  Manmohan Parkash, while speaking at the unveiling the ‘Bank’s Outlook 2019’ said, ‘Bangladesh is on track to log in the fastest economic growth in the Asia Pacific region in fiscal year 2019-20’ and praised and endorsed the current government’s economic policy making. ADP also expected Bangladesh to grow at 8 per cent next fiscal year, the same as this year. The 8 per cent growth for a country like Bangladesh is an astounding feat by any standard. In line with the World Bank, ADB also praised the ‘robust private consumption, increased public investment, strong export performance and expansion in industries.’ While unveiling the report, the Bank’s country director commented ‘Bangladesh’s economy is in good shape’. ADB was also concerned though about the banking sector, like the World Bank. 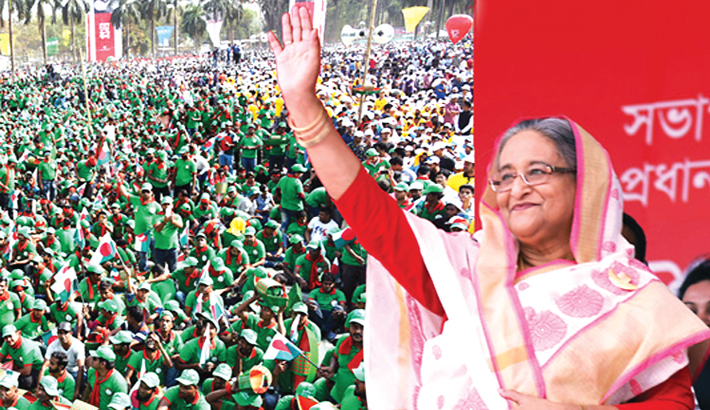 The rise of Bangladesh from the ashes of the war of 1971 is like a fairy tale. Practically no one saw any economic viability of Bangladesh following its emergence as an independent nation in 1971. The Norwegian economist, Just Faaland, and the British one, J R Parkinson, who had long experience working as development economists in the united Pakistan wrote in their book ‘Bangladesh: The Text Case of Development (Westview Press, 1976)’: ‘Bangladesh, dubbed an “international basket case” by diplomats, aid donors, and the like, contemplated with horror the new nation’s development problems.’ They identified ‘insufficient capacity to generate resources for development while maintaining minimum consumption levels.’ Faaland and Parkinson commented if Bangladesh survives economically, any country will be able to.

Bangladesh has not only survived, it is poised to be the world’s 24th largest economy by 2033, as predicted by the World Economic League Table, a UK-based Centre for Economic and Business Research while considering some 193 economies of the world. The country’s economy (GDP) is expected to reach US$ 1.05 trillion at current prices in 2033 from last year’s size of $286 billion.

Now going back to Devadeep Purohit’s concluding line, ‘delivering on all these will be easier said than done. Only Hasina can achieve these feats but Bangladesh will never get another Hasina’, it is evident not only the saner section of the people of this country have pinned the highest hopes on her, even commentators from outside Bangladesh have put lots of faith and trust in one person. Now the big question is why only Sheikh Hasina? The answer is simple. After the killing of her father, Bangabandhu Sheikh Mujibur Rahman, on 15 August 1975, the country plunged into an era of darkness under two successive military rulers, Zia and Ershad. With the fall of Ershad in 1990, people saw new hope in the elected government of Begum Zia, the widow of the country’s first military ruler Ziaur Rahman. She had the opportunity to take Bangladesh along the lost path of hope but squandered it as she lacked vision and the qualities of a good leader. As she had no political experience before the killing of her husband and was a novice in governance she relied too much on cronies and incompetent and self-seeking bureaucrats. Collectively all of them led her down a dark alley from which she never could come out. When Sheikh Hasina was voted to power in the election of 1996 she also had similar problems, but as she came from a political family and had some seasoned politicians beside her, she made some strides in pulling the country back from the brink of disaster.

The 2001-2006 rule of Begum Zia’s rule saw the emergence of a parallel government headed by her kleptomaniac son, Tarique Rahman, who made corruption into an art. He became more powerful than the legal government of his mother and was so desperate and power hungry that he made senior ministers and party leaders run after him for favour and a slice of the loot he took from all national and international deals. By the time Begum Zia’s rule ended in 2006; her government became the most discredited since its independence.

The country’s economy began to make a turnaround only after Sheikh Hasina won a landslide victory in the election of December 2008. Two successive terms of Sheikh Hasina and a decade of her rule saw the gradual transformation of Bangladesh and also of herself, turning from Prime Minster of a least developing country to an internationally recognised statesman and visionary.

It now seems natural that due to her extraordinary track record of the last decade, all the expected reforms in different sectors and eradication of corruption at all levels can only be done by her as she and her family have remained away from any kind of allegation of corruption and she has the courage to bring about sweeping reforms in all the strategic sectors of the economy, the most important being the banking and tax sector. The bottom line is if anyone can do it, it is Sheikh Hasina, as Devadeep said ‘Bangladesh will never have another Hasina.’ Nothing could be truer. History beckons Sheikh Hasina to say ‘yes we have done it’ in 2021 when the country celebrates its Golden Jubilee.