No plans to delay livestreams despite NZ massacre 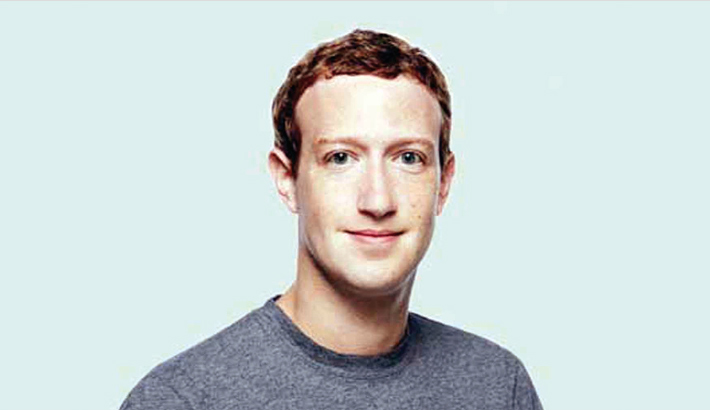 WASHINGTON: Facebook is working to prevent livestreams of terror attacks such as the one in New Zealand but it does not plan to introduce a delay on live feeds, CEO Mark Zuckerberg said, reports AFP.

Zuckerberg, in an interview with ABC’s “Good Morning America” broadcast on Thursday, also said he had confidence in measures put in place by Facebook to prevent interference in next year’s US presidential election.

Zuckerberg said a delay on livestreaming “might” have limited views of the Christchurch attacks, which were streamed on Facebook Live by the self-avowed white supremacist who carried them out.

The attacks left 50 people dead and sparked criticism of Facebook in some quarters for providing the online tool which allowed the assailant to livestream the carnage in two New Zealand mosques.

Zuckerberg said putting a delay on live streams would “fundamentally break what livestreaming is for people.

“Most people are livestreaming, you know, a birthday party or hanging out with friends when they can’t be together,” he said.

“One of the things that’s magical about livestreaming is that it’s bi-directional, right?” Zuckerberg said.

“So you’re not just broadcasting,” he said. “You’re communicating. And people are commenting back. So if you had a delay that would break that.”

Facebook has previously pledged to tighten livestreaming rules including barring its use by people who have engaged in hate speech or violated the network’s community standards.

The social network is also investing in software to quickly identify edited versions of violent video or images to prevent them from being shared or re-posted.

Zuckerberg expressed confidence in measures Facebook has put in place to prevent interference in US elections such as that which occurred in 2016.

“I’m confident in where we are now,” he said. “We’ve learned a lot since 2016, where obviously we were behind where we needed to be on defenses for nation states trying to interfere.”

“After 2016, when we saw what Russia tried to do in interfering in the election, we’ve implemented a lot of different measures,” he said.

“There have been a number of major elections since 2016 where the results have been relatively clean on this front,” he said.

Zuckerberg said measures put in place include verifying advertisers running political ads and creating an archive of all the political ads on the platform.

The Facebook CEO said bad actors would still try to interfere in elections despite the company’s best efforts.

“What I can guarantee is that they’re definitely going to try,” he said. “Our job is to make the defenses stronger and stronger and to build the right partnerships with other folks in the industry and in the intelligence community and help keep this safe.”