Kriti upset over Aaryan getting all the credit for Luka Chuppi 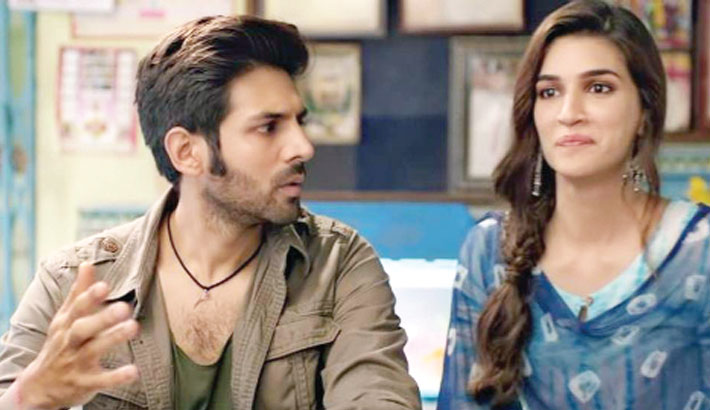 Bollywood actor Kriti Sanon, who recently appeared in Luka Chuppi, is upset that the film’s hero - Kartik Aaryan - is getting all the credit for the film’s box office success, reports Hindustan Times.

Asking for equal credit for her contribution to the film, Kriti said the trend of applauding hero for a film’s success is an old one and she is glad at least a conversation around it has begun.

In an interview to Mumbai Mirror, Kriti said, “This business of overlooking the leading lady has been going on for a while and it’s so unfair. I am glad this conversation is finally happening. It’s logical to talk about only the male protagonist when the leading lady doesn’t have a lot to do, but when they are both carrying a film on their shoulders, the credit should be equally shared. Everybody deserves a mention.”

Directed by Laxman Utekar, the romcom chronicles the story of a couple living-in together in Mathura and the complications that follow.