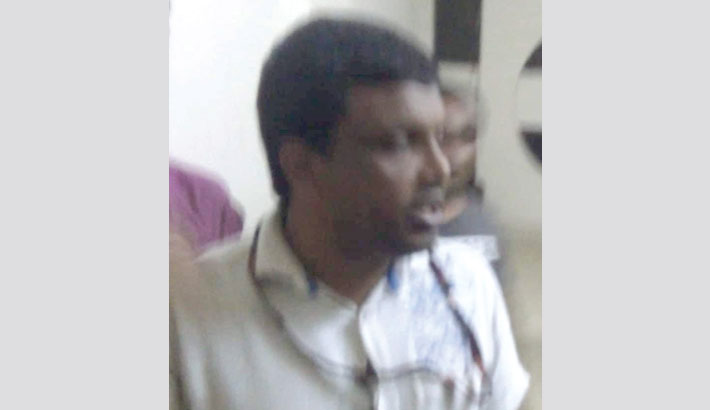 A railway employee harassed and verbally abused Daily Sun Consulting Editor Nadeem Qadir on Tuesday night as he was waiting in the station master’s office room at the Airport Station in the capital for delay of his train.

Nadeem said he reached the station around 6:30pm for travel to Khulna by Chitra Express, which was supposed to leave the station at 7:20pm but was late by several hours.

Tired of waiting for long hours, the senior journalist, who was also a minister (press) at Bangladesh High Commission in London, went to the station master’s room and had a seat there.

Nadeem alleged that a man in white uniform entered the room suddenly and started hurling abusing on him. The man, who identified himself as Tofazzal, was soon joined by a railway policeman named Ruhul and asked why he was sitting in the room in absence of the station master.

“Although I gave my identity to them and said sorry, the duo continued to shout abuse at me,” Nadeem told the daily sun.

Immediately, Nadeem contacted a railway high official who wanted to know the name of the employee. Seeing him talking to the official over phone, Tofazzal got furious and his accomplices snatched the mobile phone of Nadeem’s associate.

Later, the station master in the control room asked Tofazzal to apologise, but he refused.

A verbal complaint has been lodged with the railway authorities.