‘With a Ferrari a Lot More Could Go Wrong’ 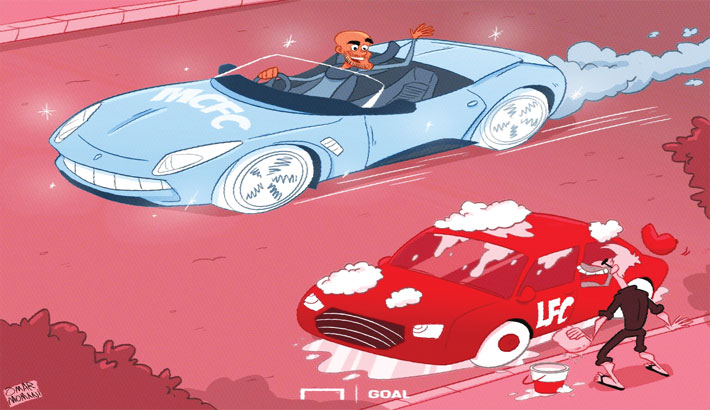 “Man City are a Ferrari - Liverpool are, I wouldn’t say a Ford Mondeo, but not a Ferrari”

Seven wins in a row have put Pep Guardiola’s side on course to retain the trophy they won with a century of points last season.

Jurgen Klopp’s side meanwhile have frittered away a seven-point lead at the top and have looked far from their usual selves since losing their only top-flight game of the season at City in January.

“Liverpool have the best defensive record, don’t concede goals, grind results out when they’re not going well like they did at Fulham,” he added.