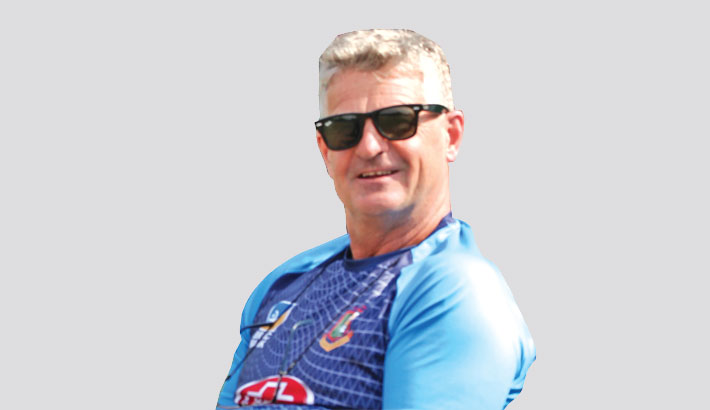 His assumptions cannot be turned down as most of the matches are seen to be going down the wire if we consider the opening eight rounds of the traditional club based 50-over tournament.

It is surely a positive sign that no team can be taken for granted in the tournament as it suggests every team is giving their opponent a run for their money.

But whether we are getting the most out of DPL is still under the cloud of question as national coaches are unavailable to see the development.

As Bangladesh Premier League (BCB) does not provide an opportunity to see the growth of domestic cricketers in wider scale as the franchises are often seen decorating their playing eleven with four foreign cricketers, though it is not the same when we take DPL into consideration.

Not only does it remain the major source of income for most of the leading cricketers but it is also a major platform for the upcoming cricketers as well.

But does BCB care to watch them closely or are they more or less obsessed about the upcoming World Cup and everything else is secondary for them.

All the failures in the just concluded New Zealand tour seemed to have taken a back seat due to the unexpected Christchurch terror incident but it cannot hide the fact that Tigers were simply ousted by Kiwis in both the ODI’s and in the opening two Tests.

Kiwis defeated Bangladesh by innings margins and the way tourist surrendered surely raised question over their ability to cope in the foreign island.

The best possible way for Steve Rhodes and his backroom staff members could have been through watching his charges in DPL and later make a roadmap which would help them minimise their shortcomings.

“As we have practice camps for Ireland series and we hope that they can see the players at that point of time,” he said.

“But if they were available for the league it could have been really helpful for some of our players because they could have had their suggestions,” he insisted.

While some of the places in the national team are more or less confirmed, there are certain places which still need to be filled with best possible candidates.

For example Soumya Sarkar is yet to make any noteworthy contributions as he made 20 runs and 30 runs recently. His issue could have been assessed and he could have worked accordingly.

Whether Bangladesh have got the number seven or will they try out someone else also remains a question that is yet to be answered.

How the spinners need to compliment the pace bowlers also could be assessed by giving them some kind of direction.

Selector Habibul Bashar also feels that the presence of national head coach could have made an impact in the league.

“Naturally their presence could have had a big impact as it would have helped them prepare better,” said Habibul.

Against the former national coach Chandika Hathurusingha one of the major grievances which BCB had was that he was not available during the domestic season.

Rhodes though was seen a different person initially but with time he is also walking on the same path that was shown by the Sri Lankan whom he replaced.

The question which still remains unanswered is do we care or not.