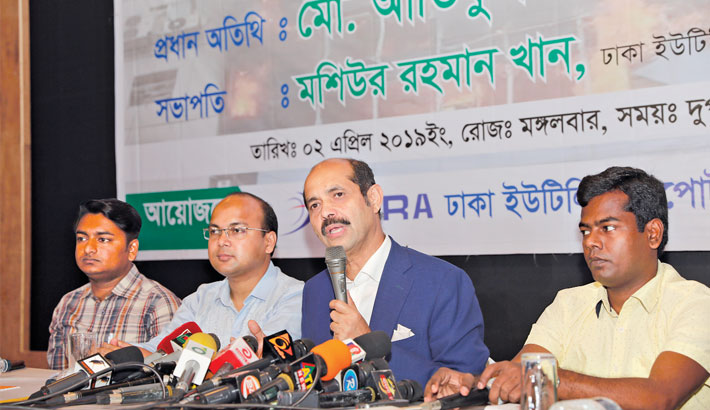 Dhaka North City Corporation (DNCC) Mayor Atiqul Islam said the DNCC would set up complaint boxes in all of its zonal offices.

He also said that buildings in the DNCC would be brought under ‘compliance system’ like that of the garment sector.

The mayor came up with the statements at ‘Meet the Press’ arranged by Dhaka Utility Reporters’ Association at Dhaka Club in the capital on Tuesday.

The mayor said: “We are having a bad time. What we saw at FR Tower is really saddening. Everybody saw the scene. How helpless it was! We could not save many. Nothing can be more sorrowful than that. We have to do so many things for the improvement of the condition.