143MLD-capacity water treatment plant to start supply by next year 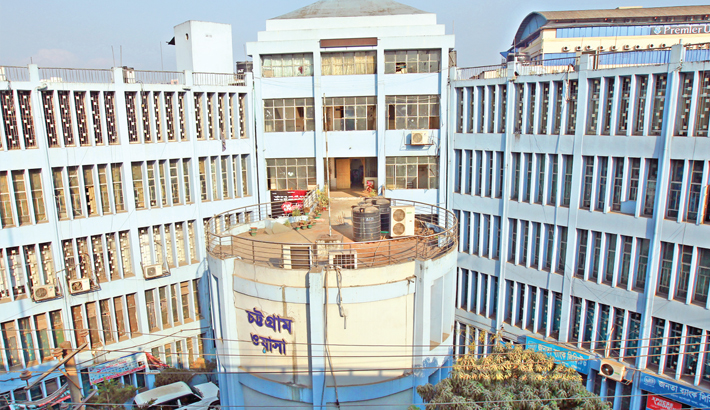 Construction works of the 143MLD-capacity water treatment plant is going on in full swing to start supply by the next year.

The concerned authority Chattogram Water Supply and Sewerage Authority (Cwasa) have already completed over 60 per cent works of the plant till the last month.

The long-drawn water crisis of the city will be addressed to a great extent after completion of the project being implemented involving around Tk 4491 crore, Cwasa officials said.

Construction works of the 143-MLD plant, one of the largest water treatment plants in Chattogram, was started at Rangunia upazila in the district in 2014.

The Cwasa authority prepared a Development Project Proforma (DPP) which was approved by the Executive Committee of the National Economic Council (ECNEC) on August 13 in 2013.

The Cwasa has been developing the plant under the project titled “Karnaphuli Water Supply Project (KWSP) Phase-2” with the financial assistance from Japan International Cooperation Agency (JICA).

Of the total amount, JICA will provide around Tk 3,623 crore, Government of Bangladesh (GoB) around Tk 844 crore and the Cwasa around Tk 23 billion for the project.

Construction works of a water reservoir named ‘Nasirabad Water Reservoir’ of 24,800 square metre (Sqm) and an elevated water tank of 2,400 Sqm are also going on in the city’s Nasirabad and Halishahar areas respectively.

Some 52 per cent works under the KWSP C-1 have already been completed till the last month.

Setting up of 3.6 kilometre (Km) transmission pipeline and 29.66 Km conveyance pipeline has also been completed under KWSP C-2, said sources in the Cwasa.

Besides, construction works of surge tank-1 and 2 have also been completed under the KWSP C-2. But, setting up of a 10-Km long optical cable is yet to be started.

Installations of 198.25 Km primary distribution pipeline out of the total 346.01 Km have also been completed with a progress of 54 per cent under the KWSP C-3-1.

On the other hand, 217.759 Km primary distribution pipeline out of the total of 242.471 Km have been installed marking a progress of 87 per cent under the KWSP C-3-2 till the last month.

Some 19 per cent works for setting up of optical cable for supervisory control and data acquisition (SCADA) have been completed under the KWSP C-3-3.

The sources said some 143MLD water will be added to the existing one to reduce suffering of the city dwellers after putting the new plant into operation.

Some 95 per cent people of the city will come under the uninterrupted water supply after completion of the project, they said.

Contacted, the Project Director (PD) Engineer Maksud Alam told the daily sun that though the project deadline was set for 2022, they will be able to put the treatment plant into operation by the next year.

Twenty-four-hour non-stop water supply to some 95 per cent city dwellers will be ensured after implementation of the project, said Maksud, also superintending engineer of the Cwasa.

Mentionable, a good number of initiatives were taken to increase water supply in Chattogram keeping pace with the increasing demand for water over the last few years.