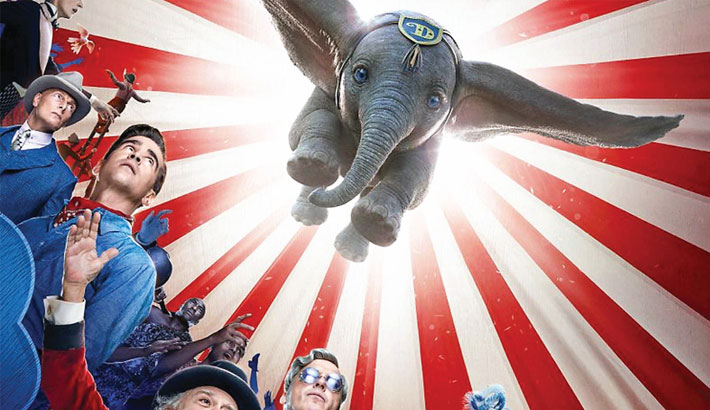 Analysts expected the movie, Tim Burton’s live-action remake of the 1941 classic about a small elephant with huge and magical ears, to take in at least $50 million in its opening three-day weekend, according to Variety. The film had a $170 million production budget.

With a cast including Colin Farrell, Michael Keaton, Eva Green and Danny DeVito, “Dumbo” may yet catch on overseas, where it has taken in $71 million. The last Burton/Disney live-action collaboration, “Alice in Wonderland,” earned $1.02 billion worldwide. “Dumbo” pushed last weekend’s box office leader, “Us,” down to second place but the Universal horror film still brought in a respectable $33.6 million. Written and directed by Jordan Peele, “Us” stars Lupita Nyong’o and Winston Duke as a couple frighteningly confronted by their doppelgangers.

In third spot was another Disney film, “Captain Marvel,” which had North American ticket sales of $20.5 million, pushing its cumulative worldwide total to just under $1 billion. Oscar winner Brie Larson stars as a former fighter pilot with superpowers.

Lionsgate’s “Five Feet Apart,” featuring Haley Lu Richardson and Cole Sprouse as a pair of enamored teens who must keep their distance as they deal with cystic fibrosis, came in fourth at $6.3 million.