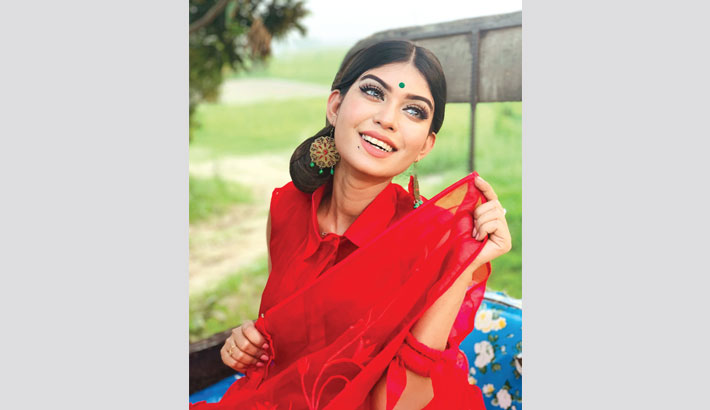 Sherina Pinky Saraka was in top 10 contestants in ‘Lux-Channel i Superstar’ contest last year. She earlier worked as model of billboards and different fashion houses for long time.

Besides working as a ramp model, now she is working in TV dramas regularly.

In the meantime, Saraka has returned to Dhaka after completing shooting of two TV dramas in Nepal.

Talking about her works Saraka said, “In Nepal, I worked in Swadhin Chowdhury’s drama Jogajog Dhorey Rekhechhi. Anjan Aich wrote the story. Shehtaj, Shaon, Sujat Shimul among others, worked as my co-actors in this play.

Besides, I also worked under Prithuraj’s direction in a play titled Ferari Dingulo.”

Saraka acted drama serial Bangi Television directed by Kochi Khondoker is being aired on Nagorik TV on every Saturday, Sunday and Monday at 9pm.