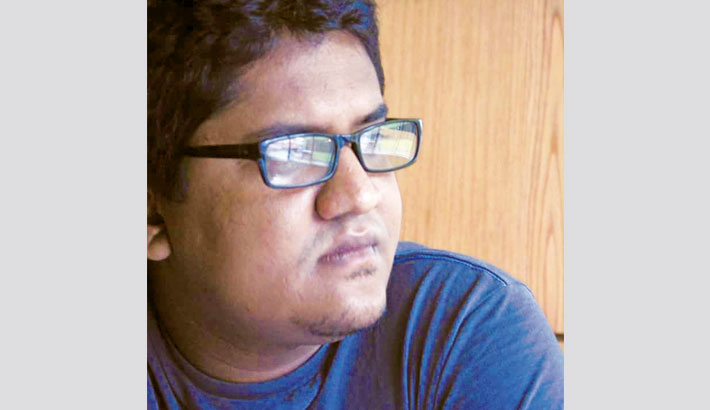 Bangladesh has bitter experience of series building fires, especially in factories where safety and structural standards have long been inadequate. Recently Dhaka has seen a pair of major fire incidents that shook the nation. The first being a fire that tore through apartment buildings and chemical warehouses in Old Dhaka’s Chawkbazar that took 67 lives, and the second that took place in a commercial building in upscale area of Banani. At least 25 people have been killed and about 74 injured after a huge engulfed a 22-storey building. People even jumped from 22-floor structure to escape.

As more people live closer and closer together, particularly as a result of urbanisation, risks associated with fire increase. While localised in effect, fires ultimately affect hundreds of thousands of building a year world-wide. Fire spreads quickly and can easily engulf a building and neighbouring structures within minutes. In urban settings, fire risk is often aggravated by the difficulty of access for fire response equipment into narrow streets and high-rise buildings present another challenge where the middle and top floors of the building may only be accessible by stairs.

Fire disasters regularly hit Bangladesh’s major cities where safety standards are notoriously lax. A June 2010 fire in Old Dhaka’s Nimtoli, one of the most densely populated areas of the capital, killed 124 people. On November 24, 2012, a catastrophic fire at the nine-story Tazreen Fashion garment factory in Dhaka took the lives of over 112 workers. What was reportedly an electrical malfunction appears to have been compounded by the factory’s lack of basic safety measures like unobstructed exits, external emergency exits, functioning fire extinguishers, and worker training. The Rana Plaza factory building collapsed killing over 1,100 workers and injuring approximately 2,500 more.

After the Nimtoli fire, a committee suggested the removal of all chemical warehouses from residential areas, but no significant steps have been taken in the years since. The government was urged to relocate chemical warehouses from old Dhaka to Keraniganj, but little has been done, although nine years have passed. The Old Dhaka has a large number of chemical, plastic, electrical goods factories and printing presses. Like many buildings in Chawkbazar, the ground floors were being used as warehouses and shops, while the upper floors contained residential apartments. Highly combustible chemicals and plastic goods were stored in one warehouse on the ground floor and caught fire immediately. Fire at Chawkbazar is a reminder to the government to relocate all chemical warehouses and plastic and electrical goods factories from the old part of the town.

According to media reports, the 22-storey FR Tower at Banani in Dhaka was built with inadequate spaces and narrow stairs violating the country’s rules and regulations. The National Building Code (NBC) and the Building Construction Rules (BCR)-2016 were not followed during the construction. Most of the victims died due to jumping off the building. If there was adequate space or wider stairs, they could come out easily. It could have saved more lives.

There was no fire fighting system in FR Tower. The authority didn’t take clearance certificate from the fire service authority. If they got the building examined after the completion of the construction, they must not have obtained clearance certificate due to its faulty design. The Rajdhani Unnayan Katripakkha (RAJUK) is also responsible for the faulty construction.

The building code of Bangladesh is a highly detailed document, prescribing the number of staircases and emergency exits as well as fire safety equipment, but corrupt officials often take bribes to allow areas designated in official records as one thing-parking space, for example-to be used for another, such as shops or warehouses. Likewise, safety regulations for housing, commercial and industrial setups are adequate but authorities lack ‘will and capacity’ to follow them.

In these circumstances, developing a unitary and comprehensive fire and building safety program is an urgent necessity. In 2013 ‘Bangladesh Fire and Safety Accord’ was formally signed by more than 40 apparel companies, two global unions and four Bangladeshi union federations, with four labour rights NGOs signing as witnesses. The Accord sets out the framework for a comprehensive programme of independent and transparent inspections, health and safety training and worker empowerment, time-bound and financially-supported remediation of health and safety risks, and real repercussions for suppliers that refuse to comply. The Accord has been endorsed by the Secretary-General of the United Nations, the International Labour Organization, and the Organization for Economic Cooperation and Development, amongst others.

Despite the vulnerability of Bangladesh to cyclones and other natural disasters, the country has made a significant progress in improving its disaster preparedness. Fire is one of the most destructive manmade disasters of all time. Fires are common in Bangladesh. In such a context, effective disaster preparedness is especially important. To achieve this, capacity-building at all levels is needed. At national level robust legal, policy and disaster management frameworks must be established and implemented. The government of Bangladesh has a constitutional responsibility to protect the population from disasters and help those affected. As such it must lead and coordinate both disaster preparedness and response. Civil society including the NGOs, media, and the academic community has an important role in advocating for improvements, encouraging and supporting positive initiatives and holding the government accountable.

Reflecting and building on lessons from past fire events along with institutional memory, is seriously lacking, particularly across the government entities. Identifying lessons and learning from past events is critical in order to recognise the simple lapses that can be avoided and solutions that can immediately be put into effect.