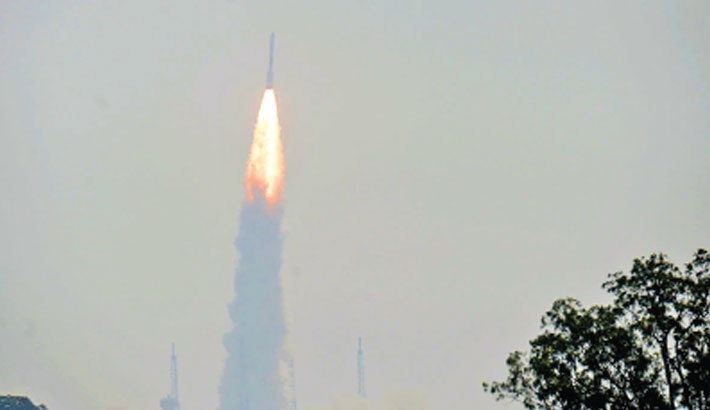 Sriharikota: India scripted history by succesfully launching Electromagnetic Spectrum Measurement satellite (EMISAT), a military satellite, and 28 foreign nano satellites on-board its polar rocket from here on Monday, in a complex mission which marked many a first for ISRO, reports PTI.

The rocket, PSLV-C45, in its 47th mission, injected the 436 kg EMISAT, aimed at electromagnetic measurement, and 28 co-passenger satellites belonging to Lithuania, Spain, Switzerland and the US, into their designated orbits, ISRO said.

The rocket lifted off majestically in clear skies bursting orange flames at 9.27 am from the second launch pad at this spaceport at the end of the 27-hour countdown.

The mission marked several firsts to the credit of Indian Space Research Organisation (ISRO) as it manoeuvred satellites in various orbits and orbital experiments including on maritime satellite applications.

EMISAT is meant for electromagnetic measurement, ISRO said while declining to reveal any further information about the satellite.