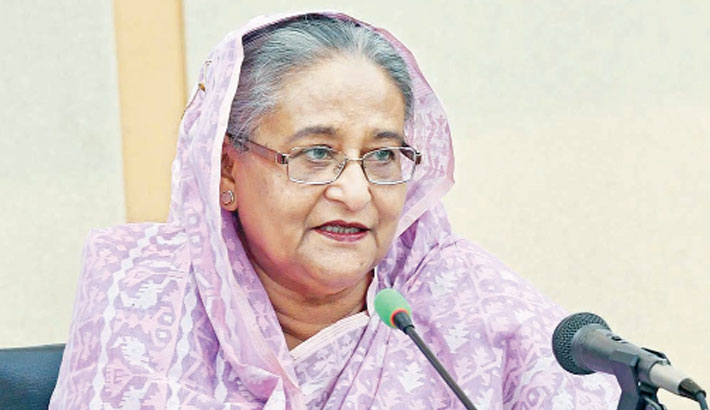 Prime Minister Sheikh Hasina on Monday gave a set of tough 15-point order to curb fire incidents as well as save lives and property, saying all involved must do their bit so that tragic accidents are not repeated.

The premier order came at a regular weekly cabinet meeting at the Bangladesh Secretariat after the capital was hit by several fire incidents, including the two major ones that left at least 93 people killed within 36 days.

The Chawkbazar inferno in Old Dhaka on February 20 claimed at least 67 lives while the blaze at a building on Kemal Atarturk Avenue on March 27 took 26 lives.

The Premier and others present athe cabinet meeting also prayed for the eternal peace of the departed souls and conveyed their profound sympathy to the bereaved families.

The premier ordered the introduction of yearly clearance certificate by the Fire Service and Civil Defence Department (FSCD) for high-rise buildings like industries and abiding by building codes strictly to check fire incidents.

The Prime Minister directed the authorities concerned to regular inspect the fire safety arrangements of the high-rise buildings and other establishments, he said.

She also directed the FSCD, which is responsible for issuing fire safety clearance certificate for any new buildings,  to do spot inspection before giving the green signal.

The other directives are making arrangements for fire drill by the building owner every three months to make the people aware about fire safety and innovate techniques that are followed internationally to control smoke during the blaze.

She asked the people to maintain the building code strictly while constructing any building and create water reservoir and preserve the lakes.

The premier also said that the FSCD often fails to carry out its work due to shortage of water.

She asked the authorities concerned to make canals and preserve the reservoir.

The premier also directed the FSCD to increase the number of ladders to climb up the high-rise buildings.

Sheikh Hasina also advise the architects to design the buildings keeping in mind the environment, ensure the fire exit and keep it open all time.

Sheikh Hasina said that currently many offices are using electronic doors that usually do not work during the electricity failure.

In this connection, she asked to make the doors workable manually when there will be no electricity.

She also asked to make an arrangement for tarpaulin in the high-rise building so that it could be use during the fire incident as the emergency exit.

The prime minister asked the authorities to keep veranda in each school and hospital and asked the interior designers to make an arrangement so that those verandas remain open for all time.

She also asked to keep more than one emergency exit, at least two, for each high-rise building.

Briefing reporters after the meeting, cabinet secretary Shafiul Alam said that cabinet discussed the FR Tower incident in detail and adopted a condolence motion at the loss of lives and property in the recent fire at FR Tower.

After the motion, the prime minister gave the directives on fire safety, he said.

The cabinet secretary said that the housing and public works ministry formed 24 teams to inspect the buildings of the capital.

“Necessary measures will be taken in line with reports to be submitted by the teams after inspecting the buildings,” he said.