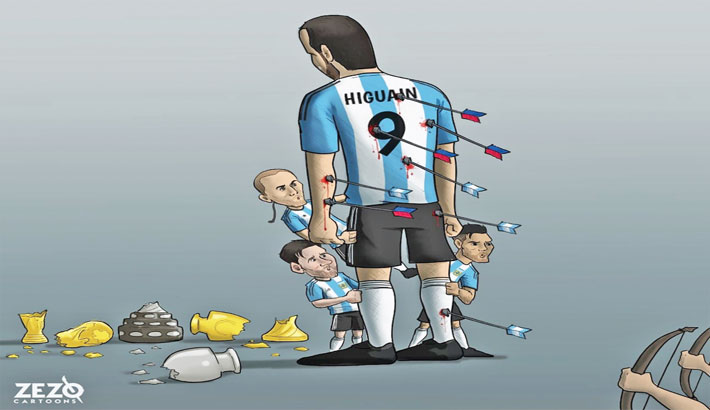 Chelsea striker Gonzalo Higuaín has announced his retirement from international football, and taken a swipe at those who have criticised his performances with Argentina.

“My time with Argentina is over. Thinking things through in depth, my time is up,” Higuaín said in an interview with Fox Sports.

“I’ve made the decision because I want to enjoy my family, I want to spend time with my daughter,” he added.

Higuaín opted to play for Argentina over France, the country of his birth, and made his debut in the 2010 World Cup qualifying campaign. He scored four goals in South Africa, but later gained a reputation for expensive misses.

“People remember the goals I missed and not the ones I scored. I’m sure everyone celebrated the goal against Belgium,” he said, referencing his World Cup goal in the 2014 quarter-final.

“When you criticise someone maliciously, it hurts everyone,” Higuaín added.