4 Reasons You Don’t Have the Body You Want 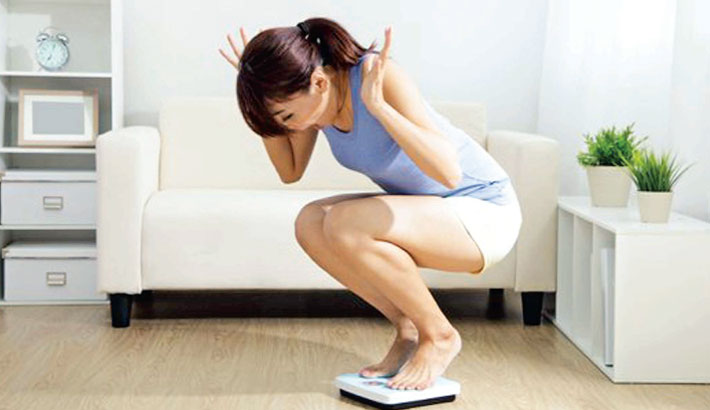 Life is filled with temptation, among other things. There’s a decent chance that you’re not witnessing the workout results you’ve sought after, despite committing yourself to a strict exercise regimen. It’s a difficult challenge to alter your lifestyle to the point of “getting ripped,” but genetics aren’t the only factor that might be preventing you from achieving your goals. Even if you eat a healthy diet, it’s possible that certain lifestyle choices and elements out of your control are holding you back from the magazine-cover body you desire. Here are five reasons you might not have the body you want.

You Have a Food Allergy

Eating right is a key part of any fat-burning workout binge, but eating the “right” foods could reveal a common weight-loss problem — food intolerance. Allergies can cause inflammation in the body, and this prevents you from appearing slim. Common food allergies include dairy products, such as milk and cheese, as well as wheat, soy and eggs. Nuts, fruits and vegetables could also be to blame.

You Haven’t Altered Your Workouts

Ever hear the “muscles have memory” phrase? Your quadriceps and pectoralis major don’t legitimately have minds of their own, but they do adjust to recurring exercise. Your body naturally assimilates to repeated workout efforts over time, which means you need to switch it up. Your muscles will become less inclined to grow if you regularly perform the same exercises.

You Drink Too Much

Drinking responsibly doesn’t always go according to plan. Over-consumption of empty calories can tack on weight and completely ruin your workout efforts. Drinking alcohol also dehydrates your body, which increases muscle-recovery time. The average beer can range from 120 to 150 calories, which means an innocent Sunday afternoon of drinking beer on the couch can generate a lot of weight gain.

Believe it or not, environmental toxins, such as those you’re likely exposed to on a daily basis, can force your body to store excess fat. Common toxins that you regularly encounter include air pollutants, cigarette smoke, cleaning products, cosmetics, prescription drugs and pesticides from food. Your body stores ingested toxins in fat cells, which makes it more difficult to burn those final few pounds.

The total amount of energy-dense (high-kilojoule) foods you eat may be as important as the total amount of fat in your diet. To reduce the energy density of your diet, you need to increase the amount of plant foods, such as wholegrain breads and cereals, fruit and vegetables that you eat. High energy drinks such as sports drinks, cordials, soft drinks, fruit juice, energy drinks should also be limited.