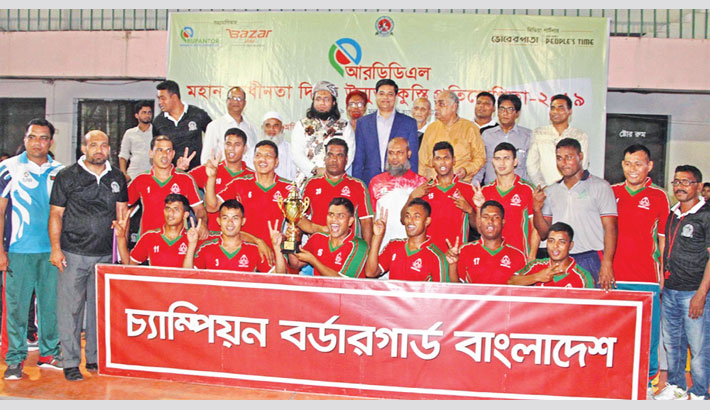 The tournament was sponsored by RDDL.

In men’s division, BGB became champions of the competition achieving 10 medals including 6 gold medals, one silver and 3 bronze medals.

First and second runners-up in different events were given prize money for their performance.

Standing Committee on Ministry of Youth and Sports Chairman Abdullah Al Islam Jakob distributed prizes among the winners as the chief guest.