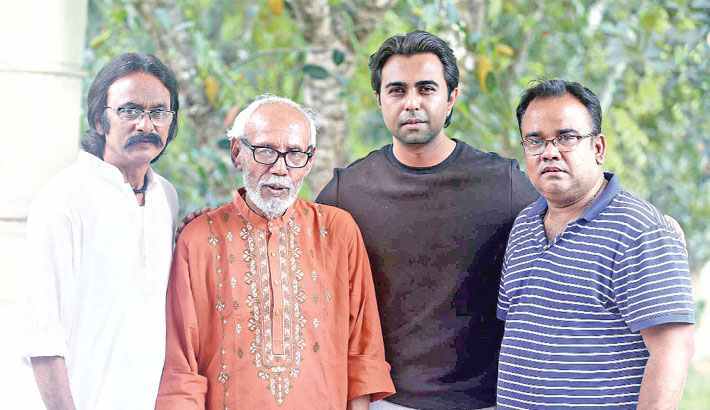 “Family bonding has been missing in today’s drama. Education also doesn’t get priorities. I am trying to focus on these components in my drama with humor”, said SA Haque Alik talking about his drama serials Jaygir Master.

Actors from three generation ATM Shamsuzzaman, Salauddin Lavlu and Ziaul Faruq Apurba have been playing three of main character of this series. Dilara Zaman, Moushumi Hamid and Ashna Habib Bhabna are in other important characters.

Shooting of this drama is going on in a resort in Gazipur.

About this serial ATM Samsuzzaman said, “Alik is a creative director. He always works with patient. Salauddin Lavlu is one of the talented actors. He always amused me with his acting skills. Apurba is very popular and great actor of this generation.”

Salauddin Lavlu also expressed his feeling in this way, “Alik is very serious about his work.  He is always well prepared and his shooting unit also well equipped. As a result, it is very comfortable to work with him.”

On the other hand, Apurba said, “Thanks to Alik bhai for having me in this drama series. I am very much honoured to work with ATM Samsuzzaman, Dilara Zaman, Salauddin Lavlu.”

Jaygir Mastar is being aired on Banglavision on every Thrusday, Friday and Saturday. Written and directed by Alik, the 62nd episode of the drama has been aired on Saturday.