Book on Bangabandhu unveiled at RU 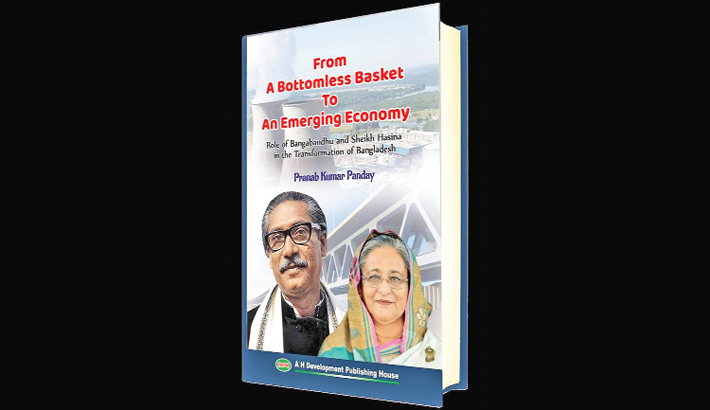 AHM Khairuzzaman Liton, Mayor of Rajshahi City Corporation (RCC) unveiled the cover of a book written by Prof Dr Pranob Kumar Panday of Public Administration Dept with the tile “From a bottomless basket to an emerging economy: Role of Bangabandhu and Sheikh Hasina in the Transformation of Bangladesh” on Rajshahi University campus on Saturday. This book is combined with 45 articles on economical achievement of Awami League led government.

Prof Dr Pranob Kumar Panday, regular contributor of daily sun, who is organising secretary of Bangabandhu Parishad of RU unit, said “I wrote the book criticizing the defaults of AL and giving suggestion to come back from wrong decision. I also mention here how father of the nation Bangabandhu Sheikh Mujibur Rahman and her daughter Sheikh Hasina transformed county in an emerging economy country from bottomless basket to live with peace, prosperity and dignity.”

Digital Bangladesh is one of the nation’s dreams, and so special emphasis is given on the application of digital technologies to realise Vision 2021, which we commonly call Digital Bangladesh.

AL government goal is to be a middle-income country with peace, prosperity and dignity.

We implemented a large number of projects relating to digital technologies and a number of these are already underway. And AL government also used to the word ‘Digital’ with honor as our government vow to speared of using to technology toward to development racing with rich country.

Liton also said, “Even they (BNP-Jamat) told to AL government that we are making the country as a bottomless basket. They also criticized in Rajshahi that give them one kg digital Potato, one kg digital Banana, one kg digital vegetable and so on.” He made remark on a book cover unveiling program as the chief guest that held at Senate Babahn of Rajshahi University (RU) organized by Bangabandhu Parishad of RU unit on Saturday evening of the campus.