‘Wonder Park’ : A Display Of The Power Of Imagination 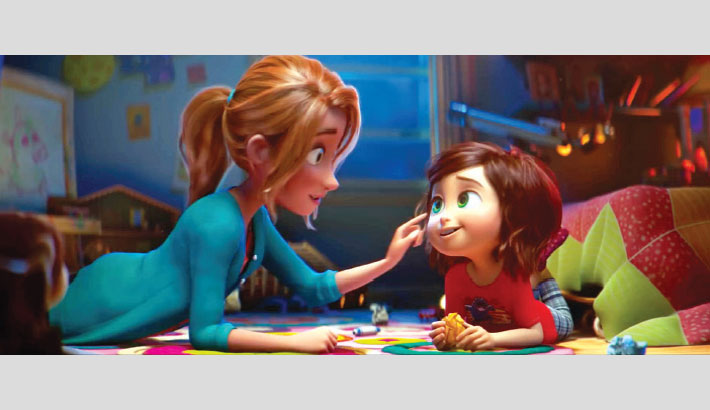 Wonder Park’ tells the story of a magnificent amusement park where the imagination of a wildly creative girl named June comes alive. Jennifer Garner, John Oliver and Mila Kunis are among the performers providing the voices for this animated film.

The central character in ‘Wonder Park’ is an 8-year-old girl who nearly destroys her neighborhood with a homemade roller coaster and whose mother is desperately ill. This Paramount Animation and Nickelodeon Movies production seeks to deliver an inspirational message about the power of imagination. But like so many animated movies these days, it buries its ideas in a visual and aural cacophony of frenzied action sequences designed to engage the shortest of attention spans. It also features a gallery of would-be adorable animal characters so obviously designed to fly off toy store shelves that you expect the merchandise to be on sale in the theater lobby.

As is also usual these days, an overqualified cast of well-known performers has been recruited to provide the voices, even though the young target audience is unlikely to care that the little girl’s parents are played by Jennifer Garner and Matthew Broderick. The animal characters are given life by more distinctive voices including Kenan Thompson and Ken Jeong, although when you hear John Oliver as a British-accented porcupine, you almost expect the little critter to launch into a deep-dive monologue about net neutrality or immigration reform. 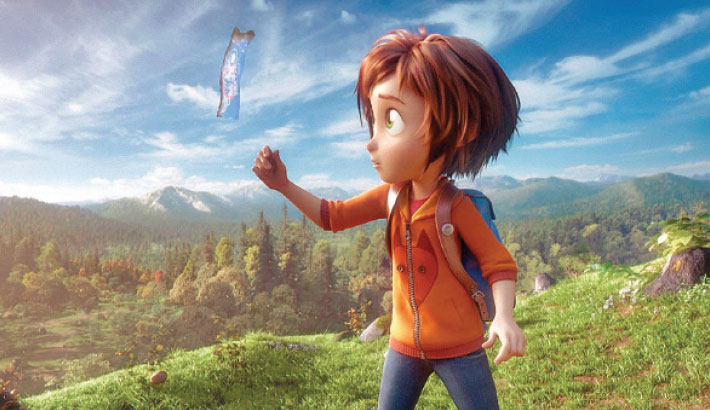 The little girl, June, is voiced by Brianna Denski (the young actress reportedly beat out 1,500 others for the role). A whiz at math, June has created an imaginary theme park, dubbed Wonderland, populated by characters inspired by her stuffed animals. They include chimpanzee impresario Peanut (two-time Tony Award winner Norbert Leo Butz, infusing his exuberant performance with welcome theatricality); Boomer (Ken Hudson Campbell), a bear who welcomes visitors; Steve (Oliver), a porcupine in charge of park safety; Greta (Mila Kunis), the boar on whom Steve has a helpless crush; and Cooper (Jeong) and Gus (Thompson), the beavers who handle maintenance.

After June’s mom is forced to leave home to seek treatment (what is it with the apparent desire of animated film creators to traumatize their young audiences?), June bitterly burns the meticulous blueprints for Wonderland and reluctantly heads off to math camp. But she runs away almost immediately, and while wandering in the woods encounters a real-life version of her imaginary theme park. 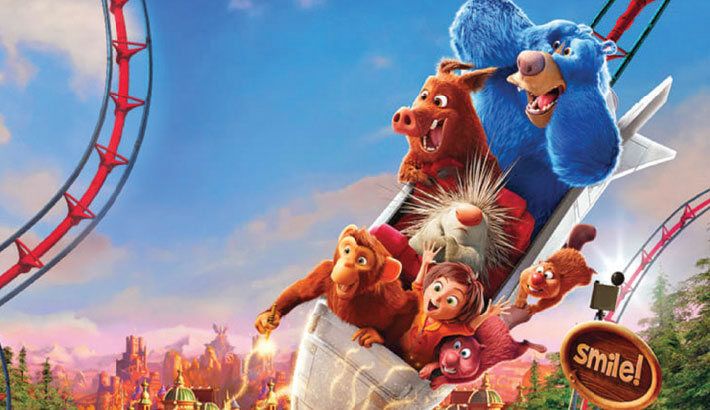 But all is not well in Wonderland, and it’s not only because the park’s name was presumably too evocative of Alice in Wonderland to provide the film’s title (you'd think someone would have thought of that at some point during production). It seems that Peanut has gone missing and a mysterious darkness has descended on the park, which has also been invaded by a horde of ‘chimpanzombies,’ who are about as appealing as they sound. June resolves to save the park, with predictable and increasingly tiresome mayhem-filled set pieces ensuing.

Featuring unappealing, prosaic CGI animation, the pic is strictly geared toward very young, undiscriminating tastes despite the frequent inclusion of adult-targeted lines of dialogue such as the bear explaining, ‘I started to make mushroom calzones’ and another creature lamenting his ‘existential crisis’.

‘Wonder Park’ has already been announced as a Nickelodeon animated series premiering this year, which curiously doesn’t have a directorial credit. The film didn’t direct itself, of course, but to find out why no one is listed, you will have to watch it.