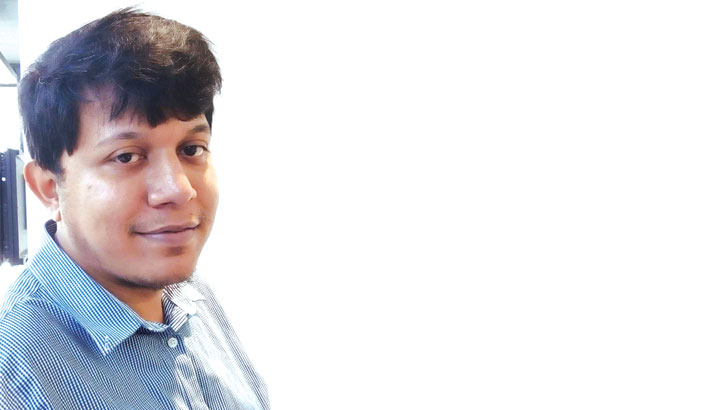 What is ailing Taslima Nasreen? The controversial author made a comment on Jacinda Ardern's sartorial features that she put on while offering condolences to the Christchurch victims respectively on 15 March 2019 and 22 March 2019. Ardern, as has been seen in the worldwide newspaper pictures, wears a black salwar kameez covering her head with black dupatta. During the Friday prayer in Haguely Park on 22 March 2019, many Christian women offered their solidarity by wearing hijab. Nasreen blames New Zealand men for not wearing skullcap. What the myopic author fails to notice is---nobody forced the Christians to come to mourn and pay tributes. All of them did it wholeheartedly. Hijab or no hijab; cap or no cap, New Zealanders' public display of sadness and the call for unity show that the world still has love that mingles all the like-minded people in the same platform. New zealanders have really shown the act of humanity to the whole world.

They have proved that terrorism cannot divide people. The terrorist wanted to separate Muslims from others. He wanted to spread hatred. His 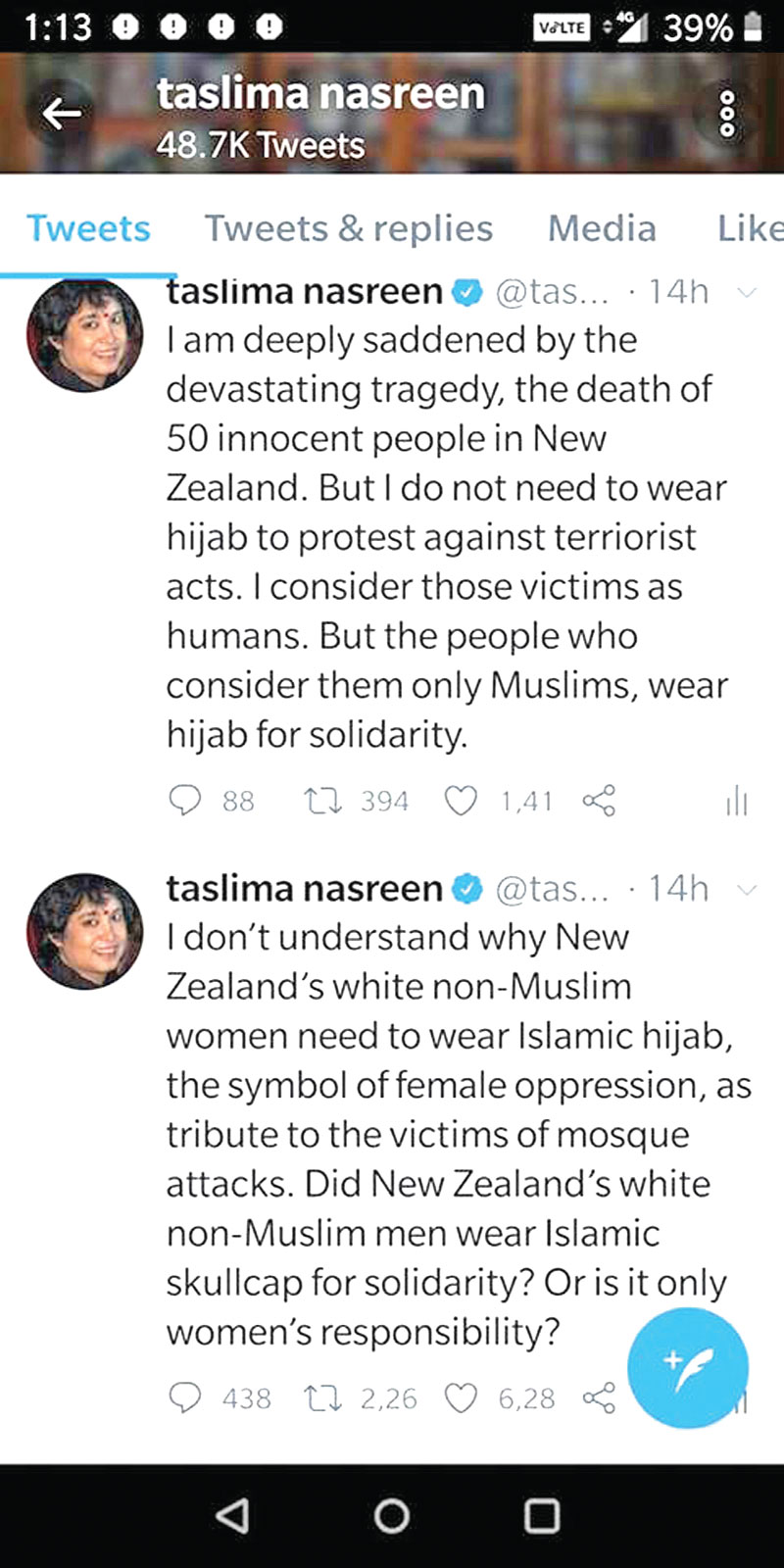 actions have caused distress among people. It also unified people from every walk of life in saying no to terrorism. Paradoxically, the terrorist has unified all the parts of New Zealand. The world is now living in Jacinda mania. Her empathic nature has given her better approval ratings than before. However, she should have banned the procurement of guns. Her amended gunlaw stipulates that only the military officials will be able to carry semi-automatic rifles but others cannot is not strong enough to deter terrorists from carrying out further gung-ho type assaults. Her government should have banned the carrying of pistol in public places. Unfortunately, she cannot do that. The arms industries run the world. That is why; the world will never be a peaceful place. Some bigwigs control the whole universe. She should be questioned for her country's weak intelligence services which failed to detect any potential threats before the attack.

Nasreen writes in her official Twitter account "Brave women in Muslim community around the world have been fighting against misogynistic Islamic oppression and throwing off their hijab and burqa. But New Zealand’s Prime Minister by wearing hijab, not only deny those brave women’s struggle for freedom, she insults them too" (The Daily Sun 23 March 2019). She argues that Ardern undermines many women's struggle for freedom. She opines that purdah restricts women from expressing their views openly. She thinks that the purdah system gives patriarchy further chances to control women's narratives. Mohandas Karamchand Gandhi, father of India, who believed in peoples' freedom, also criticized women for wearing purdah. Begum Rokeya urged women not to wear burqa. She said, "I think, women should wear what they want to put on. Nobody has the right to decide what purdah practice can be compared more accurately with the deadly carbonic acid gas. Since it kills without any pain, people get no opportunity to take precaution against it. Likewise, women in purdah are dying bit by bit in silence from this seclusion 'gas,' without experiencing pain (Mohammad A. Quayum, The Daily Star, 8 December 2012). In “Tear down the Purdah”, Gandhi shows his masochistic side by commenting on women’s veiling system. He alludes to a large number of women opting to wear veil in a conference he attended at Dharbhanga. He criticizes the educated male members for raising no voice against the “brutal custom” of wearing veil.

He does not have the right to comment on the way others dress. Everyone is entitled to their own opinion, so is Gandhi. Similarly, everyone has the right to wear what they want. He says in the last line, “Let us then tear down the purdah with one mighty effort”. Gandhi does not have the right to impose his will upon another person’s choice of attire. It is a violation of rights. Whatever meaning “Purdah” has, his wording of attacking the purdah system is an attack on women’s freedom of expression. It is an aberration to Gandhi's creed of non-violence. What women wear and don't wear is also their choice. Critics can say that purdah symbolises an internal wall that women would have to break against patriarchal hegemony. It is a way of forcefully defending Gandhi, Rokeya and Nasreen.

Ardern has been trying to bring her country together. It is an arduous task. She is trying to rally around everyone for maintaining unity. The Al Noor mosque imam Gamal Fouda in his speech before the Friday sermon urged everyone to stay united. He said, "We have shown that New Zealand is unbreakable, and the world can see in us an idea of example of love and unity. We are broken-hearted, but we are not broken."

Taslima Nasreens try to break the world. They try to hurt others' religious sentiments. It is easy to become notoriously popular by criticising grand-narratives: religion, capitalism and opponent parties. By criticising religion they make efforts to grabs public attention.

The writer is a Lecturer, Department of English, Chittagong Independent University (CIU)