Dwayne identifies himself as both ‘Black and Samoan’ 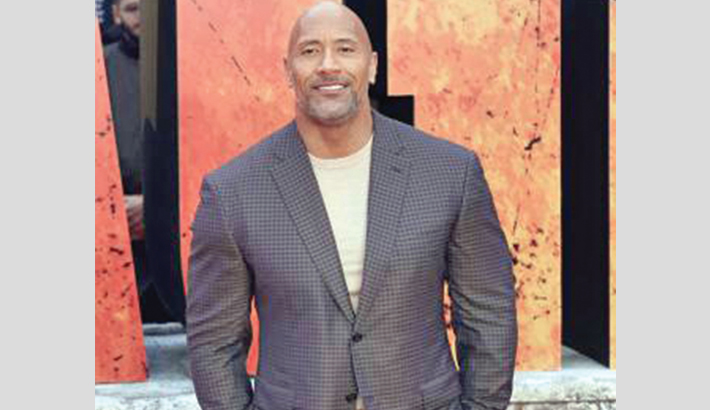 DWAYNE 'THE ROCK' JOHNSON identifies as both Black and Samoan, reports, contactmusic .

The Hollywood star and former WWE champion responded to a social media debate between wrestling fans regarding his ethnicity and how he was portrayed on screen, with one arguing that Johnson - whose father Rocky was Black Canadian and whose mother Ata came from a Samoan family - identified with the latter professionally.

Taking to Twitter to weight into the conversation, the actor said: ''Glad I came across this and I'll give you guys some context & truth. I identify as exactly what I am - both. Equally proud. Black/Samoan. And my friend, let me expand your thoughts a bit here - I transcended race in wrestling so there was no 'booked that way'. Thx guys (sic)''

While the 'Hobbs & Shaw' actor has gone onto become one of Hollywood's most recognisable stars, he remains proud of his WWE career and recently opened up the 17th anniversary of his 'WrestleMania X8' match with Hulk Hogan, and counted the Hall of Famer amongst his top three wrestlers of all time.

He wrote on Instagram: ''My friend and childhood hero, Hulk Hogan passed the torch to me on this historic night which decreed me becoming 'THE GREATEST OF ALL TIME', but the truth is - to me - the GOAT are the three men below who paved the way for me and so many others in pro wrestling...

''@hulkhogan @ricflairnatureboy @steveaustinbsr... I just worked very hard, connected with the audience and caught a break.

''These GOATS were good enough to recognize I had something to offer and graciously passed the torch. (sic)''