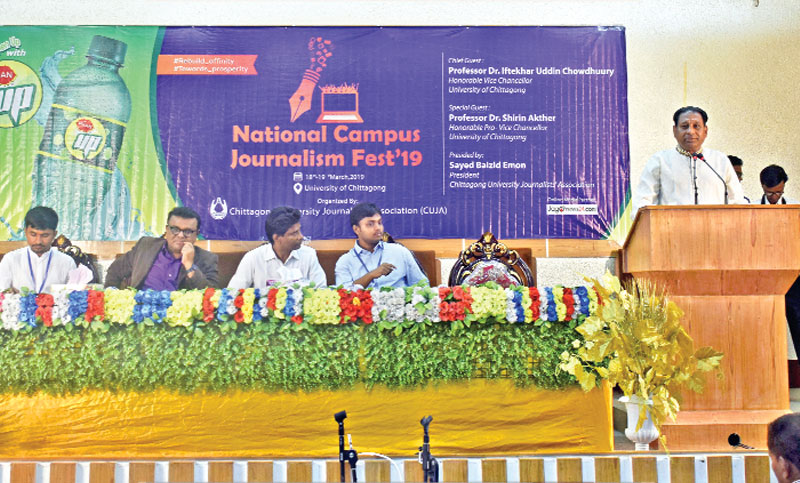 He said this while addressing as the chief at the inaugural ceremony of two-day programme titled ‘National Campus Journalism Fest-2019’ on the university campus on Monday.

Addressing the programme, CU VC observed that news will have to be impartial for welfare of people.

Putting up role of journalists in building nation, he urged the young newsmen to remain alert so that the noble profession can’t be tainted by dishonest persons.

Over 200 correspondents of 23 journalist organisations from different universities across the country attended the programme.

With the CUJA President Sayed Baizid Emon in the chair, former CUJA leaders addressed the programme conducted by its Publicity, Publication and Office Secretary Jobayer Chowdhury.