Relations between India and Bangladesh 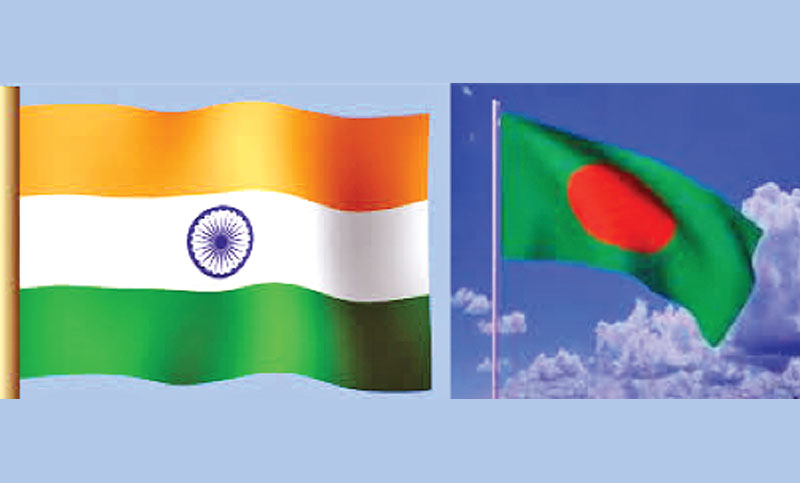 Within a couple of years Bangladesh is going to celebrate its 50th anniversary of independence which is no doubt exhilarating and exemplary. At the present juncture when we are in the midst of new development spree, it is to be noted with much enthusiasm that both India and Bangladesh are aiming to progress as per global standard. The entire world is witnessing the development of Bangladesh from close quarters. In fact, those who are not well conversant with Bangladesh, express pejorative feelings but those who witness the country and mix with the people at large, their impression changes strikingly with the view that Bangladesh is slowly marching ahead to a developed nation status. This writer from the Indian city of Kolkata is really feeling proud of the way Bangladesh is progressing in order to be competitive with close neighbours like India and other nations in different parts of the globe.

Relations between India and Bangladesh

Relations between India and Bangladesh are progressing fast. Indian Prime Minister Narendra Modi has bestowed soft corner on our close and friendly neighbour – the People’s Republic of Bangladesh. From the side of Bangladesh, Prime Minister Sheikh Hasina is also extremely cooperative towards India. The way Hasina dealt with all terrorist activities in Bangladesh has been an example of security and confidence on the part of Indian nationals. If we retrace back couple of years ago, there was a massive bomb blast at Khagragarh in the Indian city of Burdwan under the State of West Bengal during Durga Puja.

Later on by dint of her administrative prowess Sheikh Hasina was successfully able to nab the terrorists of Indian origin and handed over the culprits to Indian authorities. In this regard the act of Bangladesh Prime Minister set a glaring example to her countrypersons, India nationals as well as to the nationals of the subcontinent plus others different parts of the globe. On account of cordial gesture of Bangladesh Prime Minister, Indian Prime Minister always maintains pleasant relations with this close neighbour. According to Modi, it is also justified to maintain pleasant and cordial relations between India and Bangladesh with the objective of upholding the spirit of a calm and tranquil atmosphere not only in the subcontinent but also around the globe.

Very recently Sheikh Hasina has assumed office of the Prime Minister of Bangladesh for the third time in a row. This is a matter of solace, pride and hilariousness for the Bengalis of both India and Bangladesh as because if the opposition parties would have been voted to power, then things might have been extremely cumbersome for the Bengalis from India to travel to Bangladesh frequently. Now Bengalis involved in various academic disciplines as well as in professional ones can frequently travel to India and Bangladesh respectively which will further develop bilateral relations not only politically but also from the economic point of view.

Apart from political, industrial and economic issues, there is enough scope to heighten the relationship on other areas like cultural, academic and social aspects. As it is already known to us that apart from political division all other aspects in regard to relation between India and Bangladesh such as those stated above are always identical. Why this difference should surface in our mind; rather it should bridge the gap in the relationship between these two closer and friendly nations which should be based upon cultural and social perspectives. Even in the academic disciplines, there should be bilateral cooperation between two nations which indicates academicians should maintain regular contact with one another, such as Professor Pabitra Sarkar always maintains regular contact with his Bangladeshi counterparts along with Professor Sankhya Ghosh from India; the same way Professor Anisuzzaman is a regular visitor to Kolkata and other parts of the Indian State of West Bengal like that of the above. These indicate that there should not be any sort of vices impacting upon one another’s mind. People of both nations should have transparent feeling upon each other.

Nowadays, common Indian citizens always talk about social and cultural collaboration between India and Bangladesh. But trade and economic relations between these two nations should also get priority consideration.

It was in the year 1971 that Bangladesh achieved victory against Pakistan with the support of neighbouring India and the influence of a notable figure in South Asian continent who has also been rated as the Greatest Bengali of the past 1,000 years Bangabandhu Sheikh Mujibur Rahman paved the way to steer his unflinching effort to shape the first and only Bengali nation in the history of global politics – the People’s Republic of Bangladesh.

As per the statistics available with me, it can be easily ascertained India’s export to Bangladesh comes to approximately 7 billion dollars as against Bangladesh’s exports to India to the tune of 2 to 3 billion dollars. Bangladesh once upon a time was grossly demeaned by other countries of the globe as well as throughout the sub-continent. Now things are changing rapidly in that country. Garments of Bangladesh are regularly exported to India. Along with garments, books written by authors of Bangladesh are also exported to India along with Hilsha fish. From India the products which are exported to Bangladesh are cotton, cotton yarn, woven fabrics, machineries of different kinds, semi finished iron or alloy steel, motor cycles and cycles, big buses to be used as public transport and various other essential items. More development is expected soon in the near future.

Improve the relations between India and Bangladesh

The relations between India and Bangladesh at the present juncture are in a state of extreme pleasantries and cordiality. But still on, certain issues need to be taken up from a positive stance. Some of the common issues to be touched upon are stated below:

l               There should be bilateral cooperation in the areas like trade, commerce, art, culture and fine arts;

l               Visa procedures between the two nations should be made more simplified;

l               Both nations are deeply concerned about the Rohingya issue of which Bangladesh is deeply coinciding with Indian government’s thoughts; and

l               Rabindra Sangeet singers along with writers from both India and Bangladesh should maintain regular contact with one another.

Sujayendra Das is a Kolkata-based writer