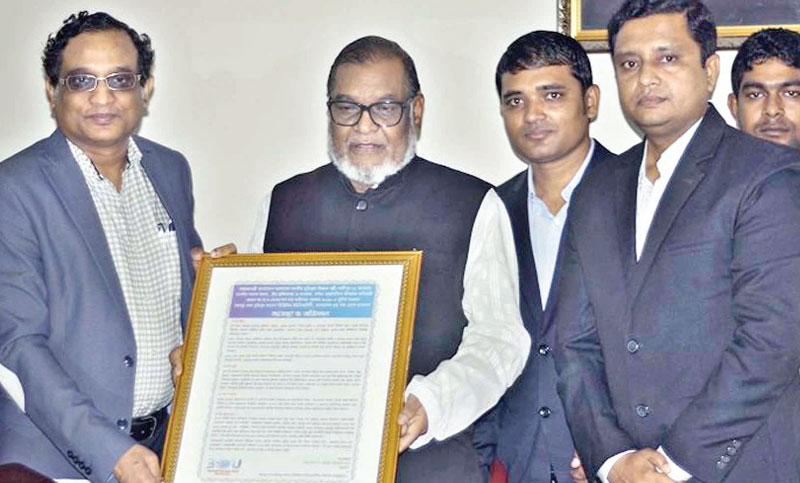 He also pledged that they would extend their all-out support for making the university able to lead the world in Information and Communication Technology.

He came up with the remarks while meeting with the BDU Vice Chancellor (VC) Professor Dr. Munaz Ahmed Noor and other officials of the university at the his residence in the capital on Thursday morning, a press release said.

A BDU delegation led by VC Munaz paid a courtesy visit to the minister greeting him for achieving Independence Award (Swadhinata Padak) this year.

VC Munaz said, “Honouring Minister AKM mozammel Huq with the country’s highest civilian award was a time-befitting demand. We convey our gratitude to the government for honouring him with the award for his outstanding contribution during our Liberation War in 1971.”

The university Registrar Md. Ashraf Uddin was also present during the visit.