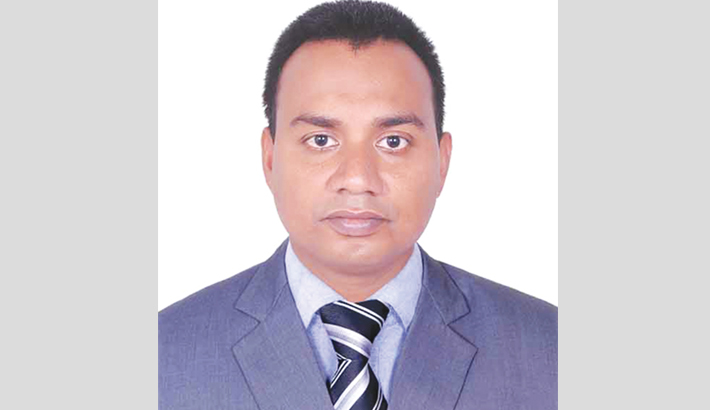 The management of Hajj is really a difficult task as almost three million pilgrims from across the world throng some specific holy sites of Islam for a short period of time. But the Kingdom of Saudi Arabia has long been proving its mettle in the hajj management by offering the best services to the pilgrims. The kingdom continues to show its mastery in making the pilgrimage well-managed, safer and more comfortable for the guests of the almighty Allah through its cordial and heartiest efforts and sincerity to religious duties for their fellow Muslim brothers and sisters. Though I came across some strong propaganda against the Kingdom over its hajj management before going to pilgrimage in 2017, I found no authenticity of that smear campaign; rather I became overwhelmed by witnessing perfect management of hajj during my pilgrimage.

To be honest, as a Bangladeshi journalist I always tried to observe everything regarding hajj management in my journalistic perspective, but I repeatedly failed to find any major fault in the management in every phase while I was performing hajj. As my brain was preoccupied with negative news about the hajj management, I was very much fastidious about finding any kind of negligence in the system, but cordial behaviour of ever-smiling Saudi officials serving the pilgrims round the clock and the mass people of the Kingdom every time surprised me with their excellent services and the patience of job.

Every pilgrim from Bangladesh knows that the difficulties and hassles of pilgrimage start from Jeddah as they are to go through long waiting in the King Abdul-Azeez International Airport Jeddah where millions of pilgrims land to enter the Kingdom. As a huge number of pilgrims from across the world complete their immigration formalities at this airport, one of the two entry points for pilgrims from outside Saudi Arabian neighbourhoods, they are to wait for even a few days to complete their immigration formalities there, but it's really impressive how the Saudi officials deal with the pilgrims during the waiting period. I found the officials very cordial, ever-smiling and patient while I was completing my immigration procedures at that airport. I overwhelmingly noticed how the warmth and welcoming behaviour of the officials were making the pilgrims forget pains and suffering of long waiting and travel in a trice. 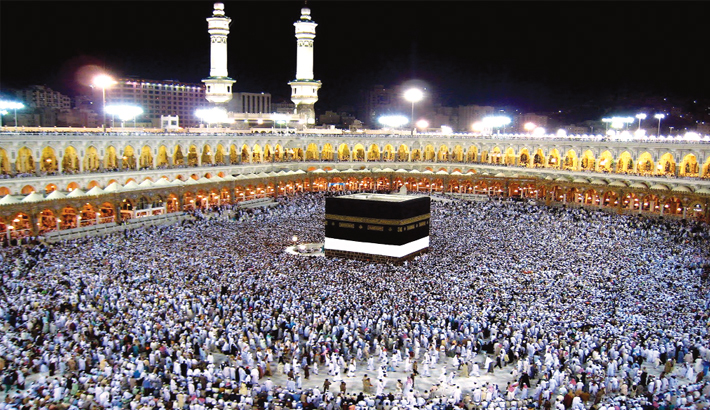 After the Jeddah hassle, pilgrims usually face difficulties at Kaaba and its premises including Safa and Marwa while they perform rituals of the hajj as the holiest sites always remain overcrowded as many pilgrims flocked in droves to the geographically smallest but significant sites to purify their souls by performing the rituals of hajj. But I found the Saudi personnel deployed at that places very adept and competent in crowd management. They were managing the huge and vast crowds by applying very modern and scientific approaches and technologies and keeping patience in all situations.

They were always heard to utter 'yallah hajj' in handling every difficult situation and keeping movements of crowds under control instead of never getting hard, harsh and rude to anyone, which is very uniqueness of the personnel and the very holiest sites of Islam as the people are usually seen to be harsh in crowd management everywhere else in the world except for that sites.

During the pilgrimage, the next courses of difficulties the pilgrims are to go through start from Arafat and ends at Mina via Mujdalifa. As the pilgrims are to stay at the field of Arafat in the sun, I witnessed that the Kingdom left no stone unturned to make the guests of the almighty happy by making their stay comfortable so that they could fully concentrate their minds in the worship of Allah. The kingdom also did their best to make the pilgrims' travel from Arafat to Mujdalifah and stay overnight there more comfortable and easier. Keeping this in mind, the kingdom set up enough ablutions for the pilgrims besides constructing wider lanes, roads and air-conditioned tents, planting trees in the desert and providing adequate artificial oxygen and air-conditioning facilities.

Collecting pebbles from Mujdalifah, the pilgrims go to Mina where they stay three days to throw stones at satans. The worst propaganda I heard of the place as pilgrims in bulk throw stones there which create huge crowds in surrounding areas. But I was very much surprised at finding not that much crowd in the place any day of my three days stay. I noticed that the Kingdom took very planned and effective measures to make the place less crowded. It exerted all scientific methods to manage crowds and make the stay of the pilgrims more comfortable and their movements easier in Mina. In this regard, it employed all state-of-the-art facilities including oxygen and air cooler in the tents in the hilly, rough and hot area. Under Mina Project, the kingdom spent billions of dollars in upgrading and expanding hajj infrastructure and crowd control technology.  The Jamaraat where the pilgrims throw pebbles at devils got four floors and the width of the stone pillars was made 80 metres to allow smooth movement of pilgrims. More than one thousand CCTV cameras were installed and nearly 20,000 people, including police and volunteers, were deployed to ensure the smooth movement of the crowd in the area. Apart from them, as the day temperature hovers around 40°C in the area, the Kingdom arranged adequate air conditioners to keep the temperature on the Jamarat bridges at 29°C.

As part of the rituals of Hajj, after throwing stones at Mina, the pilgrims need to get back to Kaaba to make their outgoing Tawaf. While returning from Mina and everywhere in the holy city of Mecca during my stay I witnessed excellent traffic management of the Kingdom which includes constructing wider avenues, pre-planned alleys and employing modern and scientific approaches and technologies. The same things I came across in Medina and anywhere else I visited in the Kingdom of Saudi Arabia.

After witnessing the hajj management for myself on the ground, I could reach the conclusion that the excellent services, warm and sincere behaviour of the Saudi officials and heartiest hospitality of the mass people of the Kingdom indeed stole hearts of millions of pilgrims who would treasure unconditional love and affection that they experienced from Saudis in their minds forever. This is in fact a major success of the people and the government of the Kingdom which they have earned thanks to their religious commitments to serve their fellow Muslim brothers and sisters only for the sake of achieving satisfaction of the almighty Allah.

The writer is the diplomatic correspondent of the Daily Sun and is currently receiving training in journalism in Beijing.