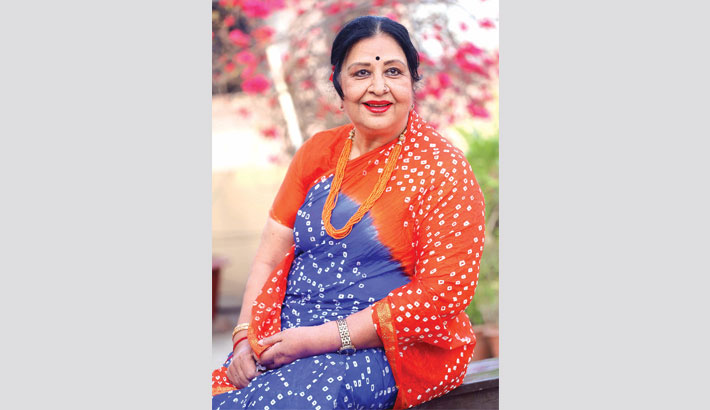 Veteran film actress Shabnam is going to be honoured with ‘Alokito Nari’ award on the International Women's Day for her outstanding contribution to the cultural arena of Bangladesh.

Organised by popular TV channel RTV, the award ceremony styled ‘Alokito Nari 2019’ will be held at a five-star hotel in the capital on March 8.

Shabnam informed that the organizers, on behalf of RTV, will hand over the award to her at the event.

Talking about the initiative, the actress thanked and expressed her gratitude to the RTV authorities for the honouring her and regarded the award as an inspiration for her.

Jharna Basak, known by the stage name Shabnam, is a Bangladeshi and former Pakistani stage and film actress. She was born on August 17, 1942. Actor Waheed Murad introduced her to the Pakistani film industry by offering her a lead role in his film ‘Samundar’ in 1968.

She migrated from East to West Pakistan in 1968, and lived in the country until the late 1990s, following which she migrated to her native Bangladesh.

Shabnam worked in total 170 films. She played the role of a mother in Manna starrer film ‘Ammajan’, which got huge response from the audience.