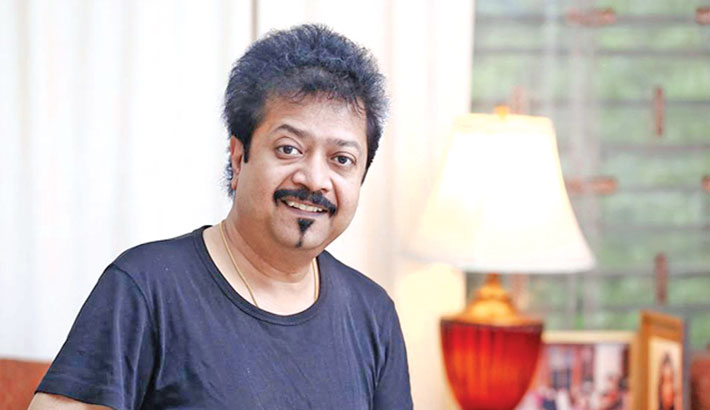 Popular singer Kumar Kumar Bishwajit has recently lent his voice to a new song which will be released on the occasion of Pahela Baishakh.

The song, which describes the beauty and spirit of our indigenous tradition and festivals, has been penned by Biplob Shaha while its tune and music have been composed by Ujjal Sinha. The lyric of the song reads like this- ‘Notun Diner Notun Ronge Shobar Mon Dule Jay, Charidike Ronger Khela, Gane Chondo Khuje Paay’.

About the new song, Bishwajit said, “The song has been recorded nearly one and half months ago. The song focuses on our indigenous tradition and festival. The lyric of the song also attempts to visualise the six seasons of Bangladesh…”

The singer also mentioned that the lyric, tune and music composition of the song were nice as well and it can also be played on other occasions too, apart from Baishakh.

Wahida Mollick Jolly, Naresh Bhuiyan, Manoj Kumar Nabila, Asif Khan and others have modeled in the music video of the song while Bishwajit will also be seen in the song’s video.

Kumar Bishwajit is a Bangladeshi singer and composer who received Bangladesh National Film Award for Best Male Playback Singer two times for the films Swami Streer Wada (2009) and Ma Amar Chokher Moni (2011). He also got the Best Music Composer award for Swami Streer Wada. In the recent years, Bishwajit has released a good number of songs and music albums.