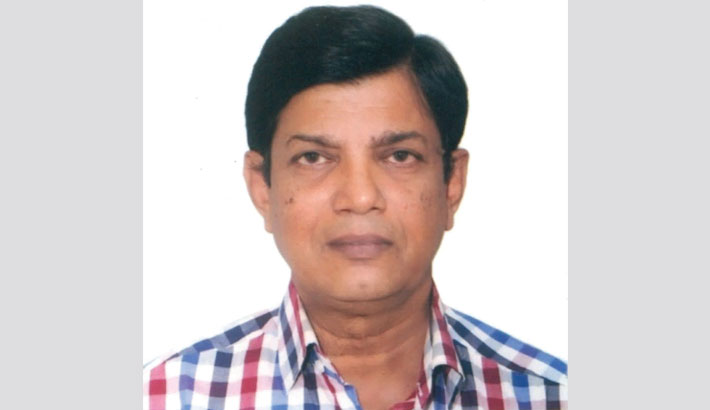 While wealth is a great factor of ensuring happiness in human society, it is also liable to be employed by one set of people against others. Besides, wealth has a tendency to concentrate in the hands of a few with the result that the rich become richer and the poor poorer. In the existing conditions of the society we find there are few people who are well-fed, well-dressed and happy while the vast numbers of people are poverty-stricken, miserable and unhappy. Such differences in economic conditions are mainly due to the wrong distribution of wealth in the society. In considering the welfare of the society we must not refer to individual fortunes or conditions. By human welfare we are to mean the greatest good to the greatest number.

Bangladesh has indeed been maintaining high rates of growth of GDP in the range of 6-7 per cent almost for a decade. But has this growth of GDP contributed to bringing income equality of the society? The answer is obviously “negative”. Let us shed some light on this thorny issue.

While the existing data is shocking enough, real income inequality is likely to be even worse because the richest segment of our society is reluctant to disclose their actual wealth and income. In the last Dhaka mayoral election, two contestants, both business tycoons refused to include their luxurious cars in their wealth statements. They argued those cars belonged to the companies, which, however happened to be owned no other persons than themselves. China-based Hurun Global in 2017 named one of Bangladeshi businessman in global rich list, estimating that his wealth would be worth USD 1.2 billion. The businessman conceded that the company his family owns may have had assets worth the figure but that he personally does not own that much wealth.

They pretend that their personal wealth and that of their companies are somehow different even though it is pretty clear that both are more less the same thing. For all their wealth, it is hard to find too many wealthy businessmen in the list of tax payers. The man who paid the highest amount of tax last year was the owner of a chewing tobacco company.

To address the rising income inequality two key steps need to be done immediately: a) expansion of social safety net extensively and b) introduction of progressive taxation policy. But successive governments have so far been floundering on these issues. The glaring fact is that many among the super rich in our country base their businesses on massive loans taken from banks. When you show your working capital coming from loans, you are more likely to be exempted from paying taxes. In addition, taxing the rich is one of the least priorities of our major political parties. Raising minimum wage or living is a popular and important issue in the west but no major parties – not even the opposition – would voice in favour of increasing the wage garment workers. No one, it seems, wants to disturb their donors.

Far from taxing the affluent people, successive governments rather succumb to business community’s demand for reducing the existing duties and taxes in the name of providing incentives. When the labourers take to the streets to realise a wage increase, the government on behalf of the industry leaders takes no time to deploy police to crush their voices.

According to a study carried out by the Finance ministry, 45-65 per cent of the assets of our economy are not taxed.  As the super rich have ample opportunity to evade their dues, the large proportion of government’s revenue generates from indirect taxation such as value added tax (VAT), which is applicable to all regardless of their income. Those who are poor spend a large proportion of their income while the rich spend a very small amount of theirs. One of the prime philosophies of taxation is to reduce income inequality – an axiom – which is not fully followed here as yet. The failure to tax the wealthiest is, therefore, a leading cause of rising inequality.

Our country is supposed to pursue a progressive taxation policy. Our Constitution has embraced socialism in addition to democracy as founding policies. This was basically aimed at dispelling various forms of discrimination, especially income discrimination in our society. Of course, political commitment plays a vital role to this end. No matter how effectively or how long a regime rules over a country, income inequality, if grows to an alarming extent, will breed social injustice, cripple national unity and breed discrimination leading to political turmoil even social revolution.

Most of the finest universities still run with public money. Yet we don’t regulate private universities that charge students hefty fees. We have public hospitals across the country but they provide little or no service to the people, while top private hospitals charge its clients as much as five star hotels do. Of late, the government has floated a new model of project development called “Public Private Partnership” despite the fact that the objectives of the government and private entities would collide theoretically, rather than align. Unlike private sector, the government can’t act as a profit making enterprise while investing in public welfare.

Our economy is neither capitalistic nor socialistic. This is a conundrum that we have chosen to live with but the cost is too steep, too exorbitant. At this phase of our journey towards building a stable economy we are supposed to be experiencing high employment growth, high investment and a higher standard of living but what we are witnessing, instead, is growing wealth inequality, rising non-performing loans, rampant corruption and massive out-flow of money. All this does not bode well for a stable society, let alone a welfare state.

It is no denying that with every passing moment, income equality is widening and if not checked, it can assume serious proportion and might corrode the very economic and social order in which we live in. Sustainable Development Goals (SDGs) as outlined by United Nations has unequivocally stated that no development plan will work unless the issue of rising income equality is effectively addressed. And, Bangladesh is no exception to it, which is why it is the call of the hour to undertake steps that would help reduce gap between the haves and have-nots and thereby create an egalitarian society.

The writer is former Deputy General Manager of BSCIC