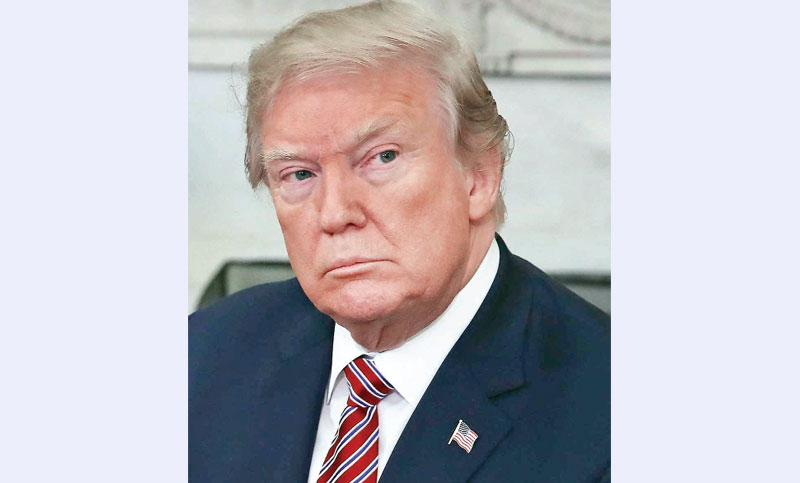 WASHINGTON: US Democratic lawmakers launched Monday their most ambitious investigation yet into alleged obstruction of justice and abuse of office by Donald Trump, targeting dozens of individuals in the president’s inner circle, reports AFP.

The letters demanded documents that could shed light on possible wrongdoing by the administration and Trump himself.

Son-in-law Jared Kushner and the Trump Organisation’s longtime chief financial officer, Allen Weisselberg, were among the 81 people and organizations—such as the National Rifle Association—receiving letters from the panel’s Democratic chairman Jerry Nadler.

They also include White House ex-aides Steve Bannon and Hope Hicks, current Trump personal lawyer Jay Sekulow, former attorney general Jeff Sessions, and WikiLeaks founder Julian Assange. The request is the most serious overt ramp-up of investigations into Trump since Democrats took control of the House of Representatives in early January, and seeks to uncover whether Trump or his administration participated in obstruction of justice or public corruption—potentially impeachable offenses.

“This is a critical time for our nation, and we have a responsibility to investigate these matters and hold hearings for the public to have all the facts,” Nadler said in a statement.

“Over the last several years, President Trump has evaded accountability for his near-daily attacks on our basic legal, ethical, and constitutional rules and norms,” he added. “Investigating these threats to the rule of law is an obligation of Congress.” Trump himself swatted away the probe as a “political hoax,” but said he would cooperate.

He later hardened his reaction, tweeting that any effort by the Democrats to probe new avenues of possible wrongdoing “will never work.”

“Chairman Nadler and his fellow Democrats have embarked on this fishing expedition because they are terrified that their two-year false narrative of ‘Russia collusion’ is crumbling,” she added.

“Their intimidation and abuse of American citizens is shameful. Democrats are harassing the president to distract from their radical agenda of making America a socialist country, killing babies after they’re born, and pushing a ‘green new deal’ that would destroy jobs and bankrupt America.”

The unusually strong statement further claimed that “the Democrats are not after the truth, they are after the president.”