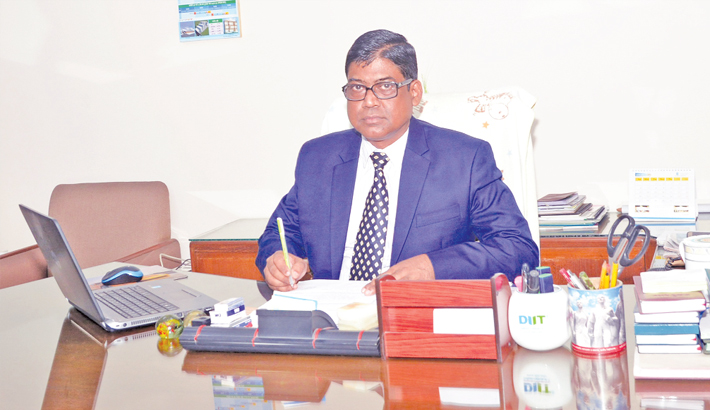 Bangladesh has to focus on development of skilled human resources in computer engineering to tap opportunities in technology, a sector leader opined.

In a exclusive talk with Daily Sun, Prof Hasan shed light into different initiatives of the government as well as opportunities of computer graduates in the country.

According to Prof Hasan, it’s high time for  the government  to create  the  ICT  cadre  to recruit  the  quality computer people in  the  public services.

“If  Government  feels  that it is  hard  to  create the  ICT  Cadre  as  a  new  one, they  can  rename  the  existing Telecom  Cadre  as  Computers,  IT  and Telecom  Cadre.   It  is also  an  urgent  need  to establish the  central  administration for  ICT  people  working in  different  ministries  and  government organizations under  the Ministry  of  ICT   in  order  to coordinate   and  monitor  their  activities”.

Hasan  Babu  also  added  that  government  can  introduce the  technical  allowances  for  the  ICT  professionals  and  remove  all  obstacles  against  the  up gradation  and  promotions  of  ICT people.

Prof Hasan, a  member of  Digital Bangladesh Task Force-led by Prime Minister Sheikh Hasina, has  got  three  best  paper awards  from  abroad from three  different  international conferences for  his  research  contributions  in  the  field  of  Computer  Science  and  Engineering.

Besides, he  got  the UGC  Gold  Medal  Award-2017  for   the  research  contribution in  the  field  of  Quantum  Computing which  he received  from  the President Abdul  Hamid. Moreover,  Hasan  Babu has  also been  selected for  the Bangladesh  Academy  of  Sciences Gold Medal  Award in  2017  for  his research contribution in  Physical  Sciences.

During the talk at his office at Dhaka University, Prof Hasan Babu said that he has been working to inspire the country’s people in achieving two visions – Vision 2021 and Vision 2041 of Prime Minister Sheikh Hasina. He’s still working to assist the government in achieving the goals.

The prominent academic, better known as Hasan Babu in the society, had served as head of the Information Technology (IT) automation programme of the Janata Bank during 2008 to 2015 in upgrading its 900 branches.

After the automation programme, the bank could deliver information of  to its customers through short message services (SMS).

The IT expert of the country, who is closely related with the present government, had also served as head of World Bank Consultant in building automation network for the Supreme Court. He had also worked for connecting the District Judge’s courts under digital network.

The government had introduced software to deliver the stipends of the students and salaries of the teachers of different educational institutions.

Pro Hasan served directly in developing the software, which is functioning smoothly to ensure hazard-free money transfer for the teachers and students.

During introduction of the mobile banking in different banks and banking institutions, the authorities faced various problems. A team of IT professionals led by Hasan Babu solved the problems with hard work.

The Dhaka University authorities have introduced a new department  named as the  Department  of  Robotics  and  Mechatronics  Engineering under the leadership of  Prof Hasan.

This department started functioning in Bangladesh for the first time and Dhaka University was the maiden institute to start such a department.

Hasan  Babu  recommended that  all  IT projects  in  Bangladesh must  be  led  by  IT  people instead  of  non-IT people to  make the quality  and  speedy  success  of  the  projects  in order  to  make a sustainable  Digital  Bangladesh. Even the secretary of ICT ministry must be an ICT professional.

Hasan Babu is now planning to connect with the readymade garments industries of the country to enhance their efficiencies and quality of products using the robotic technologies.

It would help the industry owners to ensure supply of their products in due time with the quality and earn more foreign currencies.

He said that the banks and banking institutions can improve their customer services through automation programmes. It would help them and their customers with hazard-free services.

“Bangladesh Computer Society is a body of IT professionals. All members of the body are eagerly ready to serve the government as well as the nation in building a Digital Bangladesh. If the IT professionals work together with the  Government, I believe that the target of the PM will be achieved shortly.

The BCS President added that the PM realized the necessity of the IT professionals as she declared the  IT  sector as  one of   the  thrust  sectors.

He claimed that the universities of the country are introducing thousands of IT professionals every year. But, there is a limited scope of jobs for them. Instead, thousands of foreign experts have serving in different private and public programmes and projects in the country.

“Most of the foreign currencies of the prgrammens and projects are going to their pockets. Local experts and professionals are being deprived of getting a job,”.

When asked about government’s achievement in building Digital Bangladesh, Hasan Babu said that the government is moving towards a successful journey to build its dreamt ‘Digital Bangladesh’. It has introduced new technologies in the country. It’s also trying to create awareness among the people to use the facilities of technologies.

Prof Hassan also suggested the government to build connections between the universities and industries, so that the qualified students can get a job immediate after completion of educations. It would encourage the brilliant students in taking IT professionalism.

“But, it’s not possible to gain the success by introducing only new technologies or preparing new workforces. To achieve the target, it must have to create scopes of employment in this sector. To create new employment, it must have to take steps to bring all industries including RMG, economic zones, export processing zones under automation network,” he added.

He also said, “Not foreign technologies, it should take steps to ensure the use of locally developed technologies and software to improve the IT sector and  to  make an  effective  and  sustainable  Digital  Bangladesh. Locally developed software must be given priority in the country. Use of local IT professional should be ensured in every sector. Finally, the government must have to ensure strong monitoring in all sectors.”

He also urged the government to create scope of developing new technologies and software locally instead of giving foreign technologies priority.