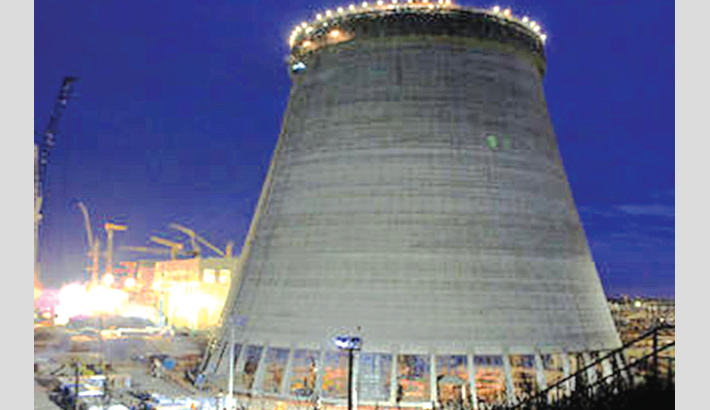 Afrikantov OKBM (a subsidiary of Rosatom State Atomic Energy Corporation) has completed the development of a high-temperature gas-cooled reactor (HTGR) technical project. It has an installed capacity of 3 MWe and the thermal power of 10 MW.

The technical project has been prepared for the nuclear power program of Indonesia. With HTGR Indonesia plans to carry out research on how a low-capacity reactor works. On the basis of the technology, the Indonesian side plans to develop more powerful modular reactors to supply electricity to its islands.

According to the Chief Designer of Afrikantov OKBM VitalyPetrunin, it may take around three years to build a 3 MW prototype of the power unit. The construction date is likely to be finalized this year.

OKBM engineers have been developing high-temperature gas-cooled reactors for 45 years. In the USSR these reactors were planned to be used to ensure high-temperature process heat for the production of hydrogen fuel.

After the collapse of the USSR, the development of HTGR was temporarily suspended till 1993, when the United States agreed to finance the project. In 2013 bilateral cooperation was ceased for political reasons and OKBM continued to develop the project, using its own funds.

According to the International Atomic Energy Agency (IAEA), countries currently consider small modular HTGR designs that allow the reactor to solely rely on inherent safety characteristics and design features instead of active engineered safety systems. It is envisaged to deploy such technology in the near future, for efficient electricity generation and combined heat and power – or cogeneration – applications, to serve a large market for HTGR process heat.

One of the key advantages of the reactor is its maximum resistance against external impacts. The atmospheric air serves as a reactor coolant, which prevents any chance of nuclear meltdown.

RITM-200 is an advanced reactor for the icebreaker fleet. It is part of the main power source of the icebreaker. In September the State Specialized Design Institute (SSDI), another subsidiary of Rosatom, finalized the design of the land-based nuclear power plant with two units with RITM-200 reactors.

Design and construction of nuclear power plants with small (and in the longer term also medium-sized) modular reactors (for example, water-cooled modular reactors, VBERs) may become a new business opportunity for SSDI.

Vitaly Petrunin says that power from the nuclear power plant with two RITM-200 reactors costs less than 100 USD per megawatt-hour.

Two RITM-200 reactors are also planned to be installed on the second generation of Russia’sfloating nuclear power plants (FNPP). These reactors will generate 100 MWe.

“We believe that mobile low-power generating units have good prospects in the global market. First, it is a perfect solution for countries where due to geographical reasons it is impossible to create a unified power grid. These are, for example, island countries. Secondly, small nuclear reactors are an excellent solution for the energy supply of remote areas, where connection to the unified energy power grid is economically unviable”, said Alexey Likhachev, Director General of ROSATOM.

He says that there is a number of countries that for various reasons are not yet ready to build large nuclear plants, but they consider small nuclear reactors as the first step towards nuclear technology.

OKBM is also completing the development of a RITM-400 reactor that is twice as powerful as RITM-200. It will be installed on the nuclear icebreakers of the project “Lider”. Technical design of RITM-400 will be presented this autumn.

The Lider icebreaker is expected to have an engine of 110 megawatts and would be capable of cutting through ice up to 4.5 meters (14.8 feet) deep. The icebreaker is planned to have a displacement of 55,600 tonnes, a length of 200 meters (over 650 feet) and a width of 40 meters. Russia plans to begin the construction of the icebreaker by 2023.

Russia is the only country operating industrial-scale fast neutron reactors. The BN-800 reactor was the fourth one to be commissioned at the Beloyarsk Nuclear Power Plant in the Ural region on the border between Europe and Asia.

The technical design of BN-1200, sodium-cooled fast neutron reactor of a new generation, was ready a few years back. However, it was decided to improve the design so that theBN-1200’s power cost could be economically competitive not only with light-water reactors, but also with power cost from the thermal power plants.

A closed-loop nuclear fuel cycle for these reactors suggests that they will independently generate their own supply of plutonium, a nuclear fuel being reproduced with non-enriched uranium feedstock. Therefore, the reactor’s operating modes and its specifications need to be designed in such a way as to make the reactor self-sufficient, to provide it with the required amount of fissionable isotopes and to maintain the reactor during its service life. This emphasizes the need to simulate nuclear fuel-handling processes for reactors of this kind.

The writer is a Correspondent, Country of Rosatom