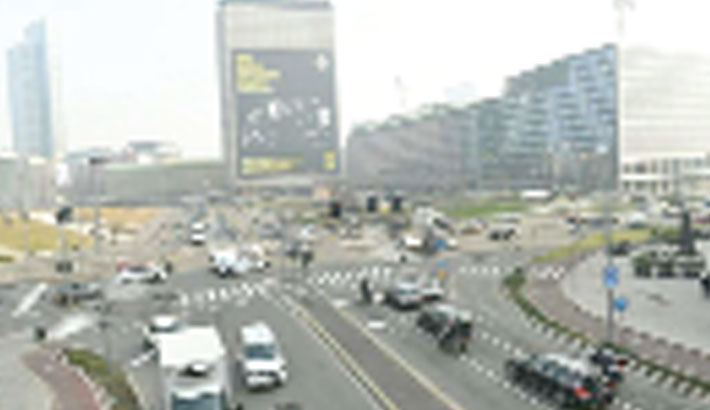 MILAN: It is only the end of February, but air pollution in Milan has already exceeded the legal limit for 2019, and the Po Valley swims in a soupy smog, reports AFP.

“I can really feel when there’s smog, I suffer all winter long,” 45-year old Milan local Fabio Cigognini told AFP, describing the asthma-like symptoms which plague him during the cold months.

“We breathe in poison, but no-one tells us anything,” he said.

Set against the mountains, far from the ocean and cleansing sea breezes,

Italy’s major northern city and the Po Valley have always been at a disadvantage, climate wise.

But with air pollution at “alarming” rates - among the highest in Europe - local authorities have turned to a combination of tactics to help the city and the valley breath again.

“The Po Valley is very unhappily situated for atmospheric pollution in terms of climate and geography,” says Damiano Disimine, head scientist in the Lombardy for Italy’s environmentalist lobby Legambiente.

“Wind is rare and there are frequent and prolonged episodes of climatic inversion. This means that the air is colder in the plains than in the mountains, and is still,” he said.