Nandita overjoyed at her first award 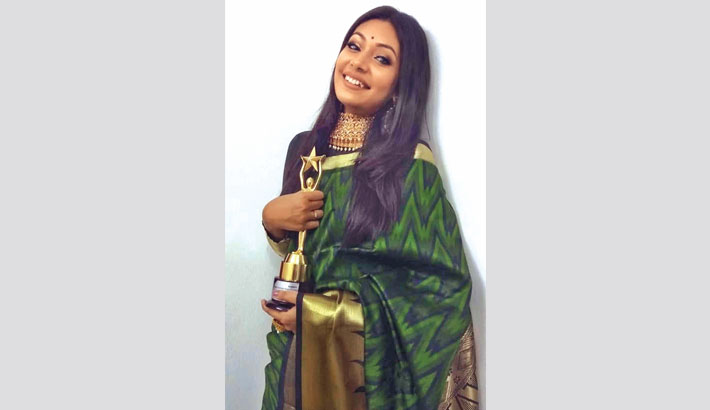 Young singer Sanzida Mahmood Nandita has recently been awarded ‘RTV Star Award -2018’ as best singer. And Nandita is overjoyed to get the recognition as this is the first award in her life that she has got as a professional singer.

The award-giving ceremony was held at Bangabandhu International Conference Centre in the capital on Tuesday and Nandita has won the award in the Popular Choice category.

Talking about the award, Nandita said, “It was unbelievable for me that I would get the award. Popular singers are usually nominated for the award. I am elated that I have got the award. I express my gratitude to the jury members and my audience who supported me.”

Singer Sanzida Mahmood Nandita first came in the limelight with Bangladeshi Idol, a television singing competition. And since then, she has been charming the audience with her songs.

Nandita has rendered her voice to many songs in her music career. One of her latest songs has recently got its release on Seylon Music Lounge. Then, she has lent her voice to a song of Aarti Mukherji titled ‘Ogo Moner Duare Daria thekona’ and received good response from the audience for the work.

In the meantime, the singer also did a playback song for Tauquir Ahmed’s film Fagun Haway.