Movies That Can Shape The Millennial Generation 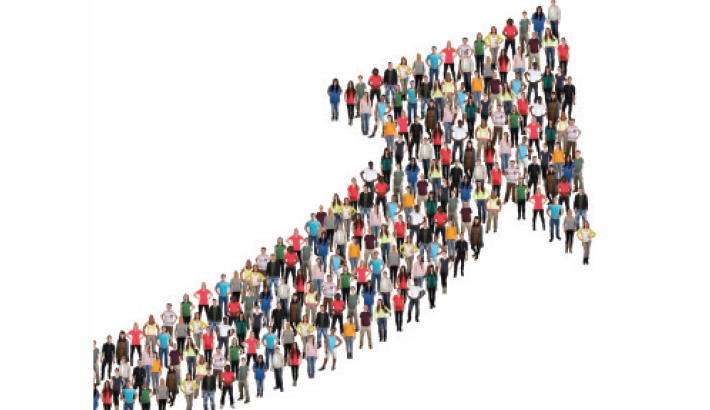 Movies shape a large part of our lives. It influences us to act in a certain way and also help develop certain habits. There is no doubt that movies can not only inspire greatness within us but also can create negativity in us. However movies influence people of all ages. To be particular, modern youths are very much influenced by movies, because they try to replicate whatever they see in the movies in their own lives. So, here are some movies from Hollywood and Bollywood that can move the soul towards greatness and can shape the character of modern youths as well:

It is an excellent reflection film. It shows the audience that how difficult life can be, but we do not have to give up because afterwards there is always a reward. It gives the touch of sensitivity that most movies fail to transmit. The movie is worth watching not only for Will Smith’s performance but also for the great message of courage, effort and dedication that the director tries to get along through this great film. The movie portrays the strong bonding between a father and a son. There is a phrase where Chris Gardner says to his son, “Never let anyone tell you that you cannot do something, not even me”. This phrase is very encouraging and boosts self-esteem because life puts us in many obstacles but we have to be happy in any situation because happiness is the key to success. The movie teaches us not to give up in life even when life gets us on our knees.

Even the animated movies are not lagging behind in teaching life lessons through their creativity. The movie ‘Up’ captures the importance of life and the obstacles it throws at you. We can all learn to live more fully by simply living in the moment, celebrating life and appreciating even the smallest events. The film centers on an elderly widower named Carl Fredricksen (Ed Asner) and an earnest boy named Russell (Jordan Nagai). By tying thousands of balloons to his house, Carl sets out to fulfill his dream to see the wilds of South America and complete a promise made to his late wife, Ellie.

The movie teaches us not to look for imperfection and be happy about what we have. There are bound to be things around you to be happy. It is just that you did not realize and paid attention to only negative issues. Positivity is mandatory to push you towards your goal. The most important lesson of this movie is you are never too old to achieve your dreams. 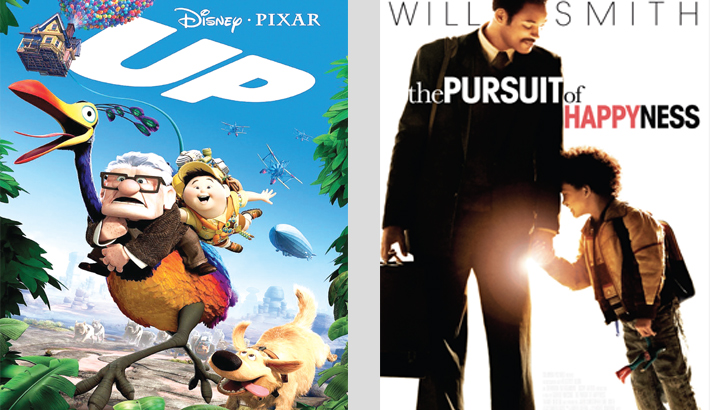 ‘Wreck-It-Ralph’ is the story of an arcade video game character. He is the bad guy who wrecks everything so that Felix (hero of the game) can fix it and the game ends with Felix always getting a medal for his good deeds. It takes us behind the scenes, where the arcade closes and the characters come to life and socialize with each other except with Ralph. They love Felix but Ralph also wants to be loved and realizes the only way for him to be loved like a hero is to have a medal for heroism. So, he leaves video game and sets out to earn a medal. The next morning when Ralph wasn’t there, Felix had nothing to fix because there was no one to wreck things. Here is where the movie takes a unique twist. Ralph is a good person- who has been programmed to act in a certain way. The characters dislike him for the role he plays, but they now come to realize that without his wrecking, there would be no need for fixing and Felix as well.

All of us have our days when we are “Ralph”, wrecking everything we touch and make it even worse when we get mad at ourselves, or jealous of the positive attention that others are getting. Sometimes we are even Felix, when we are able to fix any problem and leave the world as a better place than before. But most of the days we are like the town’s people of the movie, watching everything fall apart around us and feel powerless as well as looking for a hero to fix it all. This creates a question “why don’t we just fix it ourselves?”. The movie gives us hope about life. It teaches us not to judge others because we all are a part of a much bigger story. We can be good as well as bad. The movie also gives us a lesson that out of the wreckage, a new world is born.

This film forces viewers to take a look inside their own minds. Much of the film takes place in the head of an 11-year-old girl named Riley, with five emotions (joy, sadness, anger, fear and disgust) embodied by characters that help Riley to navigate her world. This film has some deep things to say about the nature of our emotions. These messages are smartly embedded within the film’s innovative storytelling and overwhelming animation. The messages are strongly conveyed to provide a base for discussion among kids and adults alike.

With great sensitivity the film shows how tough emotions like sadness, fear and anger can be extremely uncomfortable for people to experience and which is the reason why many of us try to avoid them in real life. But we often forget that all of these emotions serve an important purpose by providing insight into our inner and outer environment in ways that can help us to connect with others, avoid danger and recover from loss. It also teaches that people should mindfully embrace the tough emotions rather than suppressing it. 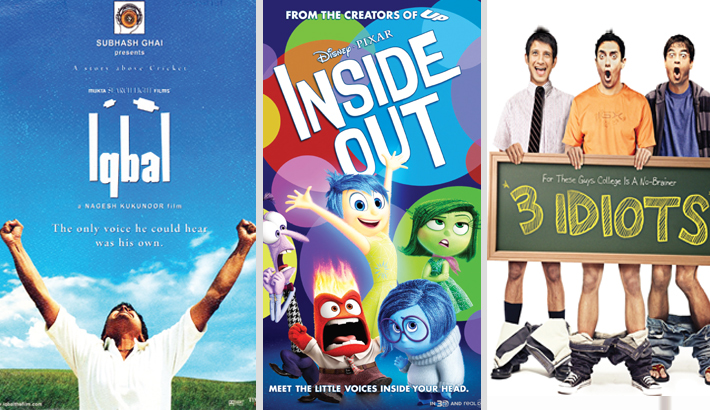 The name of the movie is named after the protagonist of the movie, who is deaf and dumb, and has a dream of playing cricket for India. In spite of many discouragement and disabilities he aspires to be a cricketer. He manages to train himself and plays several games. Finally he gets selected for Indian national cricket team. This movie teaches us that if we put our heart and soul to achieve our goal, the destiny will definitely show us the path to accomplish it. One should have the dedication to achieve one’s goal.

“Chase excellence and success will follow, life is not about getting marks, grades but chasing your dreams – these are the golden rules which this movie teaches you in a very light and entertaining way. The movie makes you laugh and in the process you will learn many rules which can alter your life in a great manner.  What is so great about the movie is that it moves you; it gives you a hope for leading your life in a better way. It is a simple movie, yet it has an everlasting message.

‘Udaan’ is a must-watch Hindi movie for the parents and teenagers alike. It will affect specially those who had a troubled childhood and have faced many kinds of subjugation and oppression or have any unfulfilled dream. The movie is a reflection of life; it shows that even after a dark night there is always a bright sunny day waiting for you. The protagonist of the movie is a kid who aspires to be a writer but his father forces him to be an engineer and the story of the movie covers the struggle journey of the kid and finally how he succeeds in doing what he loves. The movie not only inspires the children to make their passion a profession but also helps the parents to understand their kid’s situation.

Well, it is true that the primary purpose of a film is to entertain but we should also remember that there are some movies which are not merely meant for recreation. Youths should watch those films and try to learn some life lessons.