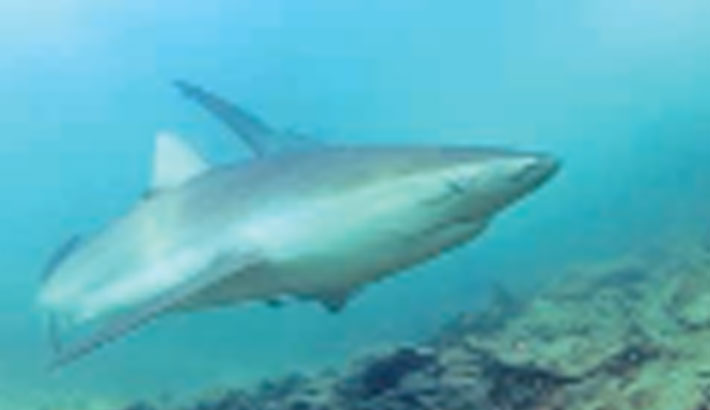 HADERA: The wind was blowing, clouds blocked the sun and the sea was choppy and cold, but Hagai Mayer and his two friends didn’t care. They wanted to see the sharks, reports AFP.  Every winter, as sea temperatures drop, sharks seeking warmer waters head to a northern Israeli shore, drawing enthusiasts who take the plunge in hopes of catching a glimpse of the enigmatic predators.

Dozens of sandbar and dusky sharks, which can reach up to three metres (10 feet) in length, converge by the bubbly stream of seawater used to cool the turbines of a power station near Hadera that is discharged back into the Mediterranean.

The site has become a magnet not only for sharks but also for researchers and people like Mayer, a resident of the nearby kibbutz Nahsholim, who on a cold February morning was preparing to go snorkeling. “We’re here to visit the sharks, we’ve been doing so for the past few years, whenever we have an opportunity,” he said. Seeing the large animals underwater in a natural habitat is “an adrenaline rush you can’t even describe”, he said.

“To me, encounters with wild animals in nature is the highest level of excitement, certainly with impressive animals like these,” he added.

Scientists are not entirely sure what draws the sharks to the small area below the four looming chimneys of the Hadera power plant, but it’s clear to them that “it has something to do with the sea temperature”, said Adi Barash.