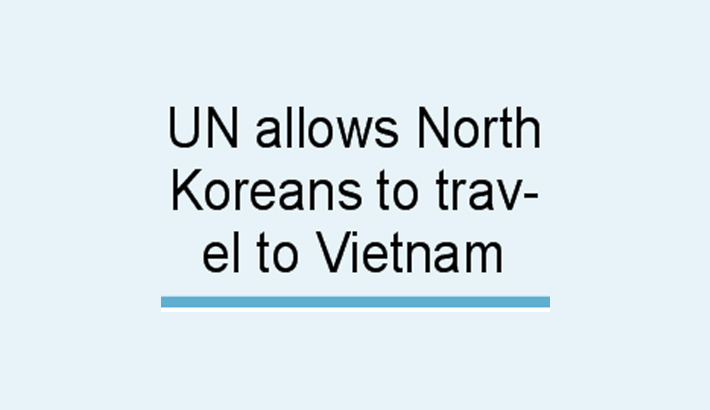 WASHINGTON: North Korean leader Kim Jong Un must make a “meaningful” gesture if he wants to see sanctions lifted, US President Donald Trump said Wednesday ahead of a second summit between the two men, reports AFP.

“The sanctions are on in full. I haven’t taken sanctions off,” Trump told reporters at the White House.

“I’d love to be able to, but in order to do that, we have to do something that’s meaningful on the other side.”

Trump and Kim are due to meet in Hanoi next week to discuss progress on the issue of North Korea’s nuclear program since they first met in Singapore last year.

“Chairman Kim and I have a very good relationship. I wouldn’t be surprised to see something work out,” Trump said, without providing further details.

Trump reiterated his view that North Korea has “great” potential for economic development and suggested the Vietnam summit would not be the last.

At their landmark meeting in Singapore last year, the US and North Korean leaders produced a vaguely worded document in which Kim pledged to work toward “the denuclearization of the Korean peninsula.”

But progress has since stalled, with the two sides disagreeing over what that means.

Trump on Tuesday said that while he hoped his next meeting with Kim would yield much progress, he was also in “no rush” for results.