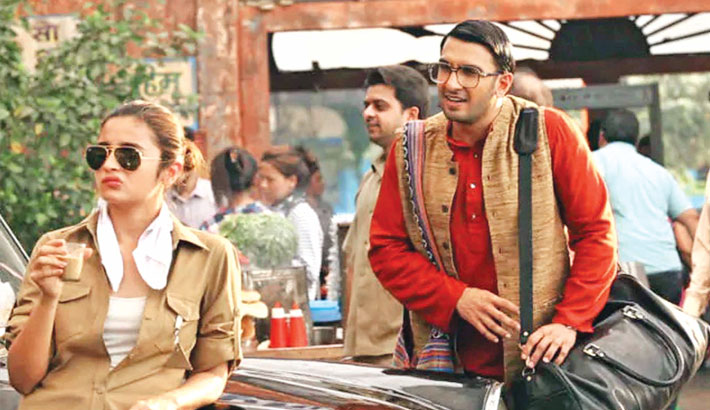 Gully Boy starring Ranveer Singh, Alia Bhatt has slowed down during the week after a fantastic opening weekend.

The film showed further drop of about 30 per cent on Wednesday with collections of around Rs 5.75 crore, as reported by Boxofficeindia.com.

This takes its total to around Rs 95 crore at the domestic box office. The film was expected to enter the Rs 100 crore club on Thursday.

Directed by Zoya Akhtar, the film has impressed all from the celebrities to the moviegoers alike. Gully Boy is also doing well in the overseas markets.

Gully Boy got the Valentine’s Day advantage as it released last Thursday and earned Rs 19.40 crore.

It recorded its highest collections on Sunday at Rs 21.30 crore.

However, it slowed down during the week to Rs 8.65 crore on Monday and Rs 8.05 crore on Tuesday.

The film will now face competition from multi-starrer comedy Total Dhamaal that is set to hit the theatres this Friday. Gully Boy is the story of an aspiring rapper Murad (Ranveer), who beats all odds to make an identity on the hip hop scene in Mumbai.

Alia plays his girlfriend in the film. Apart from the main leads, other star cast including Kalki Koechlin, Vijay Varma, Siddhant Chaturvedi, Vijay Raaz and Amruta Subhash have also earned praise for their performance in the film.   —Hindustan Times