Shakib not ruled out yet 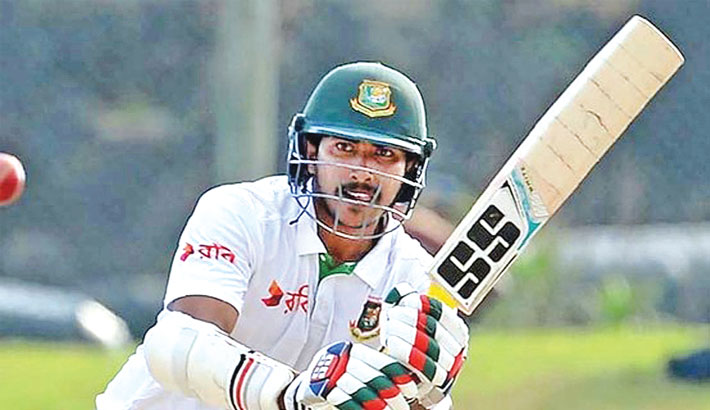 The inclusion of Soumya was not surprising as BCB is waiting for the latest updates of injured Test skipper Shakib Al Hasan, who is all set to miss the opening Test.

Soumya, who was included in the 15-member ODI squad for the just concluded three-match series, was asked to stay back, while some of his other team mates who are not part of the Test squad will be returning home soon.

ODI skipper Mashrafe Mortaza, Mohammad Saifuddin and Shafiul Islam had already boarded on the flight while Rubel Hossain and Sabbir Rahman will be picking up the plane today.

Soumya was part of the last Test squad that played against West Indies at home but could not make it into the New Zealand squad due to his inability to put up any noteworthy performance.

“We have included Soumya Sarkar in Test squad as we need an experienced campaigner in the squad,” Habibul told daily sun on Thursday adding that they are not ruling out the possibility of Shakib making a return in the Test squad.

“We are not ruling out Shakib totally from the entire Test series against New Zealand but certainly he will be missing the opening Test,” he said.

“We are waiting to see how he fares after opening the clip which is surrounded on his finger. Later we can take a decision regarding him because if there is substantial amount of improvement he can always join the squad at the latter part of the Test series,” he said.

Shakib was ruled out of the three-match ODI series in New Zealand after sustaining an injury to his left ring finger in Bangladesh Premier League final between Dhaka Dynamites and Comilla Victorians at Sher-e-Bangla National Stadium on February 8.

Shakib, who was leading Dynamites, copped a blow from Thisara Perera while batting and suffered a fracture which was revealed after an x-ray was done following the match.

BCB on February 9 announced that the affected area will need to be immobilized for around three weeks and with the timeline set to immobilize by BCB physicians, the 31-year-old was effectively ruled out of the first of the three Tests against New Zealand, which starts on February 28 in Hamilton.

“We are expecting to remove the clip on February 28 and later we will do an x-ray,” said BCB physician Debashish Chowdhury.

“The x-ray report will determine the next course of action and if we find out that he had recovered sufficiently certainly there is a possibility that he might feature in the Test series against New Zealand,” he said.

The second Test will be played at Wellington from March 8 while Bangladesh will play the series concluding last Test match at Oval from March 16.