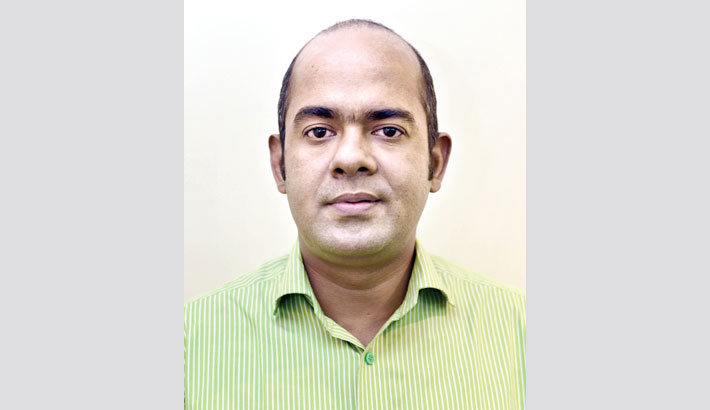 With the economy taking off, the purchasing power of the general people of Bangladesh has increased significantly. This has led to the rising consumption of food items, including meat, fruit, fish, vegetables, milk, dairy products, etc, among people more than ever. Cashing in on growing demand, growers often resort to using pesticides or harmful chemicals for greater outputs, and marketers to adulteration of food products in an attempt to make a mint by selling those substandard food products. Over the years, this practice has stoked up concerns over public health in particular and food safety in general.

A recent survey report on country’s milk and dairy products by the National Food Safety Laboratory of Institute of Public Health has brought some disquieting facts to light. The laboratory tested 190 samples — 96 raw cow milk samples collected from dairy firms, 31 samples of the imported and locally produced milk and 33 curd samples. These were collected from 18 places of six upazilas in Dhaka, Gazipur and Narayanganj. It reveals that an overwhelming 96 per cent of raw milk and 66-80 per cent of packed milk were found to contain bacteria. What is more worrying is the presence of heavy metals in milk was traced to the source, i.e. cattle fodder. The worry compounds because in urban culture, the common perception held by many is that milk bought straight from dairy farms is safe and can be consumed without fear. Unfortunately, that belief seems to be a thing of the past as it now appears that several highly toxic items are added to milk and also to cow fodder. As we know, inputs containing impurity never make for pure outputs. Obviously, if animal feed is contaminated then the milk produced by the cows will also have traces of dangerous items.

A brief analytical account of impurities present in the tested samples of milk and curd may turn out to be upsetting for its consumers. Harmful Escherichia Coli bacteria were found in 96 per cent of raw or loose milk samples and the bacteria Salmonella existed in one of the samples. It is worth mentioning that the world is well aware of devastating health impact of Salmonella and is striving for holding the bacteria at bay so that it cannot get into the food chain. Around 13 per cent of raw milk samples contained microbial tetracycline residues above the permissible limit and about 15 per cent of raw milk had high level of lead while 13 per cent had alarming level of aflatoxin. In addition, the tests detected 69 per cent of the cattle feed samples containing dangerously high level of Chromium. Against the acceptable international standard of 500 micro gram of Chromium to be present in a kilogram of fodder, the tests disclosed the presence of Chromium up to 36,000 micro grams in a kilogram of fodder.

Earlier in 2015, the same institute tested fifteen major food commodities at various stages of production over an eight-month period. It was known that nine out of 15 foods tested contained dangerous levels of unsafe chemicals. The test results were unsettling because the most common foods we consume on daily basis are tainted with toxins that stay on in foods like cauliflower, brinjal, green chilli, tomato, bean, etc. So with pesticide residues, colouring agents and formaldehyde in fruits and vegetables, public health at large is in jeopardy. Last year, an investigation by Bangladesh Food Safety Authority revealed gaping holes along the dairy value chain causing widespread microbial contamination in pasteurised milk. And the last month,  a government drive in upscale eateries housed in a prominent shopping mall at the heart of the city fined and sealed some of  them off  for a month on allegations of the likes of using fabric colours in food and selling date expired items speaks volumes of the epic proportions of food adulteration menace.

The implications of consuming food containing chemical agents are quite frightening. The World Health Organisation categorised aflatoxin as the world’s leading carcinogen while its role of causing liver and kidney malfunctioning also cannot be overlooked. It is not surprising as to why many children are suffering from diarrhoea, pneumonia and other diseases or disorders including stunting growth and crippling brain development. The long term ramification of the revelation is that unless they swing into action to include safety measures, the local brands that produce milk and other milk based items and export to the middle-east and other countries with large Bangladeshi worker presence may see their items come under scanner and subsequently fall under a safety embargo.

There are laws and regulations to penalise food adulteration, such as the Bangladesh Standard Testing Institute (BSTI) Ordinance of 1985, and the Pure Food Ordinance of 2005. More importantly, in order to protect public health, the Food Safety Act, 2013 was finally brought into force that year. To implement that Act, Bangladesh Food Safety Authority was formed by the government in February, 2015. Regrettably, this regulatory body remains understaffed and that could not properly carry out its task, i.e. safeguarding the public against adulteration of foods.

The way things stand, there is no alternative but to comply with the High Court directives on determining how much cow milk, dairy products and cow fodder containing bacteria, antibiotic, lead and pesticides are supplied across the country. Detecting and withdrawing contaminated products in earnest is a must. Besides, the prime minister’s guideline and reaffirmation of zero-tolerance policy on the occasion of National Safe Food Day against the adulterators must be taken into consideration and acted on accordingly.

In the past, the country witnessed the monumental failure of the drug administration to precisely defend the case in court that let the spurious paracetamol manufacturers, who were allegedly responsible for the death of scores of children across the country, off the hook. So, the National Food Safety Authority and other related agencies working on monitoring food safety and security should be equipped with adequate workforce and the state-of-the-art equipment and facilities so that they are able to respond to the food related irregularities swiftly and efficiently. Imposing a hefty fine upon recognition of any adulteration or consummation attempt can be a fast track to such malpractices. Furthermore, government drive against food adulteration must be continued round the year, rather than episodic one. And above all, government agencies, media and other stakeholders should all pitch in to raise awareness among mass people against food adulation with the aim of building a healthy nation with poison-free food.