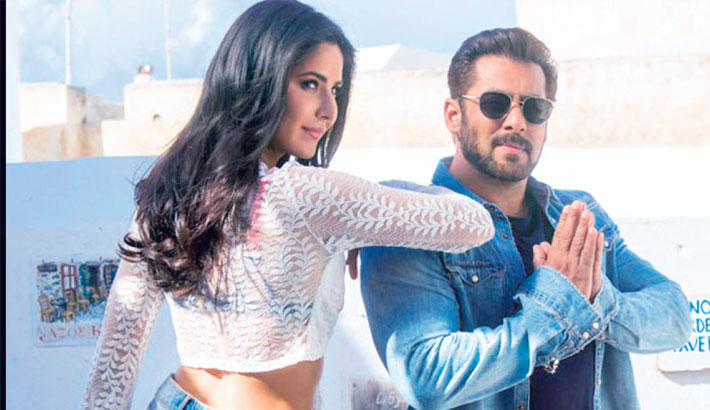 Katrina Kaif’s younger sister Isabelle will be making her Bollywood debut in a Remo D’souza and Bhushan Kumar production called Time To Dance. Actors Salman Khan and Katrina will be shooting a special song for the purpose. The song is an old Salman hit, O O Jaane Jaana, sung by Kamaal Khan.

According to a report in DNA, the song which was to be shot soon, had to be postponed as the Zero actor has injured her ankle. The report adds that the shoot has been postponed by about three weeks and that once her injury heals, she will begin rehearsals and perform.

Isabelle’s debut film Time to Dance will star Sooraj Pancholi as its male lead and will be directed by debutant Stanley D’Costa.

According to another report in DNA, major portions of the film have already been shot in London and that it will be exclusively a dance film. The said song will feature as a promotional one and which be richly mounted.

Meanwhile, Salman and Katrina have been busy shooting for Bharat. The film, which will see Salman appear in six different looks, has already finished its shoot schedules in Malta, Abu Dhabi, Delhi and Punjab. Katrina shared an ‘on the set’ picture from Mumbai and looked refreshing in a simple sari look.

Busy as she remains shooting for Bharat, Katrina did nonetheless take time out to watch Ranveer Singh and Alia Bhatt’s Gully Boy. Raving about the film and its performances, she singled out director Zoya Akhtar, actors Ranveer, Alia and Siddhant Chaturvedi for praise. — Hindustan Times