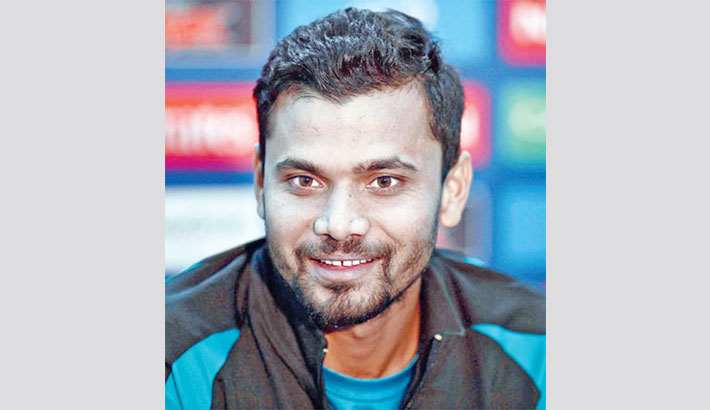 Bangladesh National Cricket Team skipper Mashrafe Mortaza urged Tigers to keep their morale up and not lose hope despite the 88-run defeat in the third ODI of the series against New Zealand on Wednesday.

The charismatic skipper looked shaken but not stirred after the humungous defeat as he stressed on players’ confidence to back themselves and stay on the positive frame of mind.

“Despite losing the first two matches by big margins, we were positive about the third match. It was important for us to stick to our basics. Instead of doing that, we played as we did in the first two games,” Mashrafe told the post-match press conference.

He said they lost three-four wickets at the start of the innings as they did in Asia Cup last year.

“Still, we have to think positively. We have to find a way to end this kind of (poor) show ahead of the World Cup,” the captain said.

In the third match, Bangladesh won the toss and decided to bowl first. The hosts posted 330 runs for 6 wickets with the help of three fifties from Henry Nicholls, Ross Taylor and Tom Latham.

Tigers lost 3 wickets for 2 runs and subsequently tumbled at 242 runs for 10 wickets in 50 overs. Sabbir Rahman was the only one to show batting prowess hitting 102 –run knock for his first ODI ton.

“We have got some runs from the middle and lower middle-order. Sabbir struck a hundred today. He also hit 40-plus knocks in the previous game. Mithun scored two fifties in the first two games, and Saifuddin also contributed with the bat and bowled well too,” the skipper noted.

“Overall, we have these things to count as positive (outcomes) from this series. But, we need big contributions from the top-order,” the captain said.

Bangladesh still have a three-match Test series to play in New Zealand before they leave for Ireland for the Tri-nation series against the hosts and West Indies.

As that tour is considered to be match-practice ahead of ICC World Cup 2019, Mashrafe urged the players to stick to their basics and apply their skills by adjusting to the conditions. He felt that the conditions in Ireland will be similar to the ones they faced at New Zealand and players need to formulate ways to cope to the conditions.

“We need to stay positive. There’s still two months to go before the next tournament. Wickets in Ireland might be the same as New Zealand’s. Last time we played in Ireland, the pitches were full of grass,” concluded Mashrafe.