Glad to repay the faith of Mashrafe: Sabbir 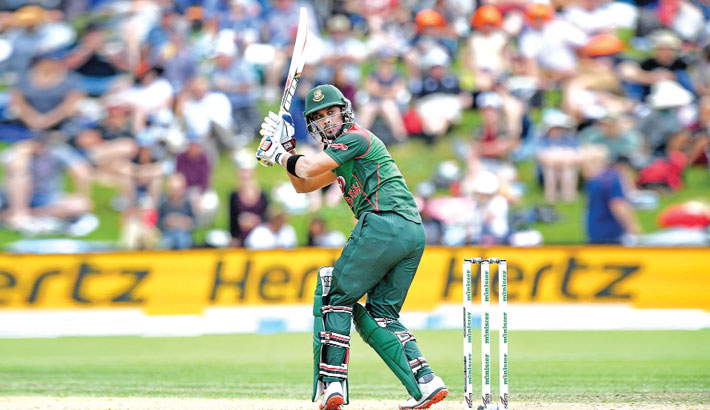 Bangladesh batsman Sabbir Rahman is relieved that he could repay the faith that skipper Mashrafe Mortaza had upon him which helped him earn a place in the 15-member ODI squad despite carrying being under six-month ban.

Bangladesh Cricket Board (BCB) reduced the ban of Sabbir to pave the way for him in the national team after he had been suspended for his off-field issues in September last year after he allegedly threatened a fan on Facebook.

Though there were controversy regarding the selection of Sabbir Rahman with BCB Chief Selector Minhajul Abedin and Mashrafe Mortaza coming up with contradictory statements, it was clear that both parties agreed to have him in the team as he is very much in their World Cup plan.

Sabbir was included despite a lukewarm run in the last edition of Bangladesh Premier League (BPL) as he managed to get back his place in the ODI squad after a knock of 85 against ODI skipper Mashrafe Mortaza side, Rangpur Riders, his only noteworthy performance in first six games.

Mashrafe had more than one occasion stated at different forums that he is confident that if they want to make any noteworthy performance in the World Cup they will need Sabbir for his ability to play shots all over the park. This was a crucial reason why he was roped in the ODI squad despite not making substantial contribution so far.

There was apprehension over his batting form and more importantly regarding his mental state ahead of the series against New Zealand arising out of the fact that he has had his fair share of issues off the field.

He had been accused of assaulting a fan during a National Cricket League match in Rajshahi, directing abuses at fans on social media and hitting Mehedi Hasan Miraz during the Afghanistan series. Before this ban was imposed on Sabbir, he was already serving a six-month ban from domestic cricket and had also been fined 20 lakhs taka by BCB and many believed it will be difficult for him to overcome all those off-field issues all of a sudden and start concentrating whole heartedly on his national duty.

However it seemed Sabbir was on a mission to prove his critics wrong and was determined to prove his point. He left a glimpse of his batting ability during the second game when he scored 43 runs following his comeback match where he managed only 13 runs while keeping the best for the series concluding game.

Though his maiden ODI century looked like a personal milestone rather than with the target of winning the match as Bangladesh had already gave up the chase midway into the innings when they lost their fifth wicket, Mahmudullah Riyad, when the team total stood at 61 runs in 15 overs, it was enough to justify his selection more so after some of his illustrious team mates failed to live up to the expectations during the entire ODI series.

“Naturally I am happy to score my maiden ODI hundred and more so due to the fact that it helped to repay the faith that all my team mates and officials showed for me,” Sabbir told daily sun after the game from Dunedin.

“I am thankful to Mashrafee bhai as well as every single individual who had supported me through thick and thin as their moral support was extremely helpful during my dark times,” he said.

Sabbir added that he dedicates this century to his parents for being the pillar of his success during the time he was going through rough patch due to off-field issues.

“I dedicate my century to my parents as they were beside me all through when I was passing some torrid time due to all the things that had happened during the last couple of months,” said Sabbir adding he had learnt his lesson and doesn’t want to repeat similar mistakes while he also pointed out that he doesn’t want to lose his sleep over it as well.