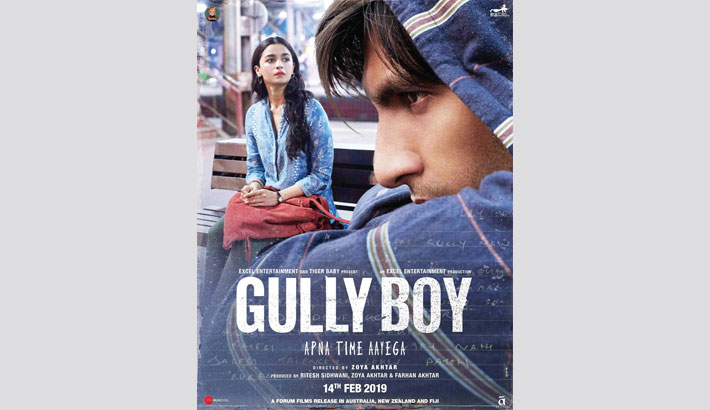 Filmmaker Karan Johar has watched his peer Zoya Akhtar’s latest film and he can’t stop raving about it. Karan took to Instagram to share a long post on Gully Boy, calling it a masterpiece and an assured cult classic, reports Hindustan Times.

Karan shared the film’s poster on Instagram and captioned it with his review of the film, starring Ranveer Singh and Alia Bhatt in lead roles. He praised the two actors for their performances and also the entire ensemble cast of the film. “When passion supersedes grass root realities...when dreams make you wake up to bigger dreams....when you wrap rap into a form of solid expression....when you tell a story that has all this and more....that’s when you have a film that you can assuredly call a MASTERPIECE of modern times!..”

Gully Boy has struck the right chords owing to its powerful dialogues and the raw acting prowess of the lead pair. The film has minted almost Rs.80 crore at the box office so far. It release on Valentine’s Day, February 14.

The film is inspired by the lives of Mumbai street rappers Vivian Fernandes aka Divine and Naved Shaikh aka Naezy. It revolves around the underground rap movement in India and all the songs of the film have become extremely popular.