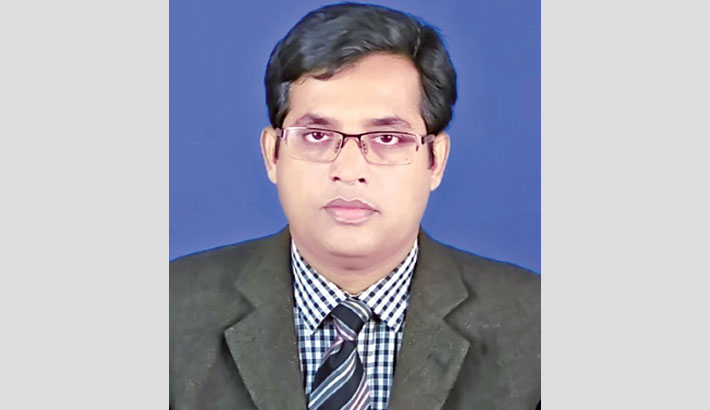 Participation of women in politics as an academic and development discourse is not new. Rather, it had received an enormous amount of prominence even at the age of John Stuart Mills, who argued that the subordination of women is not only “wrong in itself” but “one of the chief hindrances to human development.” To him, the repudiation of the same opportunities to women is not only adversely affecting the development of roughly half of the population, but also the process of development gets denied from the benefit of their talent. The issue got momentum in 1995 through the Beijing Conference in China. As an outcome of the conference, a platform for action (PFA) was declared by the participants with an urge to the government of the signatory states to take positive discriminatory actions for increasing women's political participation in the decision-making the process at different tiers of governance. The reason of such request was that women around the world, excepting in a few Scandinavian and Western countries, have a lesser level of political representation in governance. Thus, the respective government was entreated to take affirmative actions in order to mainstream them not only in the development process but also in the political process. As a result, gender quotas emerged as one of the noteworthy mechanisms for ensuring women's political participation in greater numbers.

Now a germane question is: what achievement has been made in the state of women's political empowerment in the context of the national election. Very recently, the 11th parliament election was held in the country on the 30th of December 2018. Thus, an attempt to explore the state of women in the electoral process of the 11th parliamentary election deserves merit. If we analyse the number of women who managed to get the nomination, it will appear that the highest number of women candidates was nominated by the ruling AL. The party nominated 19 women candidates among its 258 candidates while its alliance partners Jatiya Party (JP) nominated two out of 173 candidates and Jatiya Samajtantrik Dal (JSD) nominated one woman candidate. On the other hand, the Jatiya Oikya Front and the BNP along with 20-party alliance nominated 16 candidates in 300 seats. The total number women who were nominated by the political parties to contest direct elections was 38. If the number is compared with the 2008 election, the number is quite a few as 59 women managed to get the nomination in that election. On the other hand 39 women contested the election in 2001 which is almost the same as the 2018 election.

The result of the 11th parliamentary election suggests that out of a total of 38 contestants only 22 women managed to win the election among 300 constituencies which are less than 8% -not even reaching double digits. Among the winning candidates, 19 are from the ruling AL, two from JP and one from JSD. If we add 50 reserve seats women parliamentarians with elected 22 women parliamentarians, the percentage of women’s representations would stand at 20.3%, which is quite low as compared to other developed or even some of the developing countries. It is to be mentioned here that the provision for the reservation of 50 seats for women was extended for twenty-five years referring to the fact that if the political parties do not reach an agreement to bring changes in the provision to increase the number and if they do not nominate more women candidates in the general seats, it is unlikely that the parliament would be gender-balanced.

Now, a pertinent question is: why the participation of women in the national parliament still remains low despite that there is a consensus among the politicians and development practitioners on the ground that women's increased participation in politics is necessary for both the democratic development of the country as well as women's empowerment in Bangladesh. Most importantly, the two major political parties, the AL and the BNP are headed by women. Thus, it is expected that the situation would change to a great extent. Unfortunately, the situation has not yet reached an optimum level. Of course, there are some areas where there have been some substantial improvements. For instance, the AL government elected a woman as the Speaker of the parliament for two consecutive terms. The deputy leader of the house is also a woman. In the last parliament, the leader of the opposition was a woman. Moreover, the AL government in the last ten years appointed a number of women in the important ministries. But the reality is that women are yet to reach a position where they could influence the decision-making process at the central level. We should not try to portray the situation of women using the example of the Prime Minister. This has been reflected through the ranking of Bangladesh in the list of the Inter-Parliamentary Union, 2018. Among 193 countries, Bangladesh ranks 92nd in the world with 20.3 per cent female MPs.

Under the above circumstance, a relevant question is: what strategies should be taken to bring changes in the state of women's political participation in the national parliament. First of all, the government along with other political parties must reach a covenant to increase the number of reserved seats for women from 50 to at least 100 in the national parliament. Second, the political parties should change their mindset towards nominating more women candidates in the national election. This would create a competition among the women politicians that ultimately would help them to develop their leadership. Third, more capacity building initiatives are required to be taken by the government in order to build agency among women so that they could discharge their responsibilities successfully. Several studies have come out with the findings that women parliamentarians lack the capacity to participate and influence the decision-making process. Thus, their capacities need to be increased.

Finally, the reservation of quotas for women has created scope for women to represent them in parliamentary affairs. But representation does not guarantee that they would be able to participate in the decision-making process. Participation is something that is related to the exertion of influence in the decision-making process. Presently, if we exclude the Prime Minister and a few women ministers, the overall situation of the women in the national parliament is not quite satisfactory. Thus, if we really want to see women in the position of influence, we should follow the capability approach of the great economist Amartya Sen, who defined it as an approach by its choice of focus upon the moral significance of individuals’ capability of achieving the kind of lives they have reason to value. Thus, women’s community needs to come forward to influence decision-making by increasing their capabilities. The government and other actors, including NGOs, could help them to build their capacity, but they would have to play the lead role to elevate their position in society.

The writer is a Professor of Public Administration at the University of Rajshahi, Bangladesh.